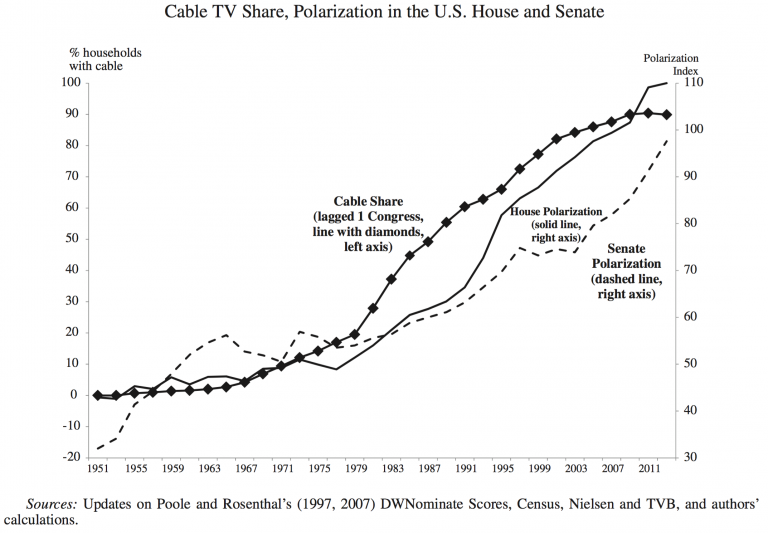 Despite these findings, there may be room for caution. According to a new paper by Stanford political scientist Morris Fiorina, the average American has not followed the political class to the fringes. Reason‘s write-up draws five lessons from Fiorina’s work:

All of this reinforces something Georgetown professor Peter Jaworski said: “Partisan politics corrupts your character. Instead of trying to get votes for your favoured tribe, try to make money instead. Engaging in markets makes mean people nicer, makes you more trustworthy, more charitable, and more beneficent.”