From the World Economic Forum:

Last year, the World Bank revised its position on conflict – upgrading it from being one of many drivers of suffering and poverty, to being the primary driver. In Somalia, despite some political progress, the conflict has put more than half the population in need of assistance, with 363,000 children suffering acute malnutrition. In Nigeria, conflict with Boko Haram in the country’s northeast has left 1.8 million people still displaced, farmers unable to grow crops, and 4.8 million people in need of food assistance. In Yemen, an escalation in conflict since 2015 has worsened a situation already made dire by poor governance, poverty and weak rule of law. Now more than 14 million people need food aid.

Only if we understand conflict can we understand these hunger crises…Across the places we work, where people are facing starvation, the pattern is the same. Hunger is not some freak environmental event; it is human-made, the result of a deadly mix of conflict, marginalization, and weak governance…In South Sudan, as in Somalia, Nigeria and Yemen it is not generally a lack of food that has caused famine-like conditions to occur. The crises exist because of violence and conflict. They don’t need more food, they need investment into conflict prevention and the stability that brings. 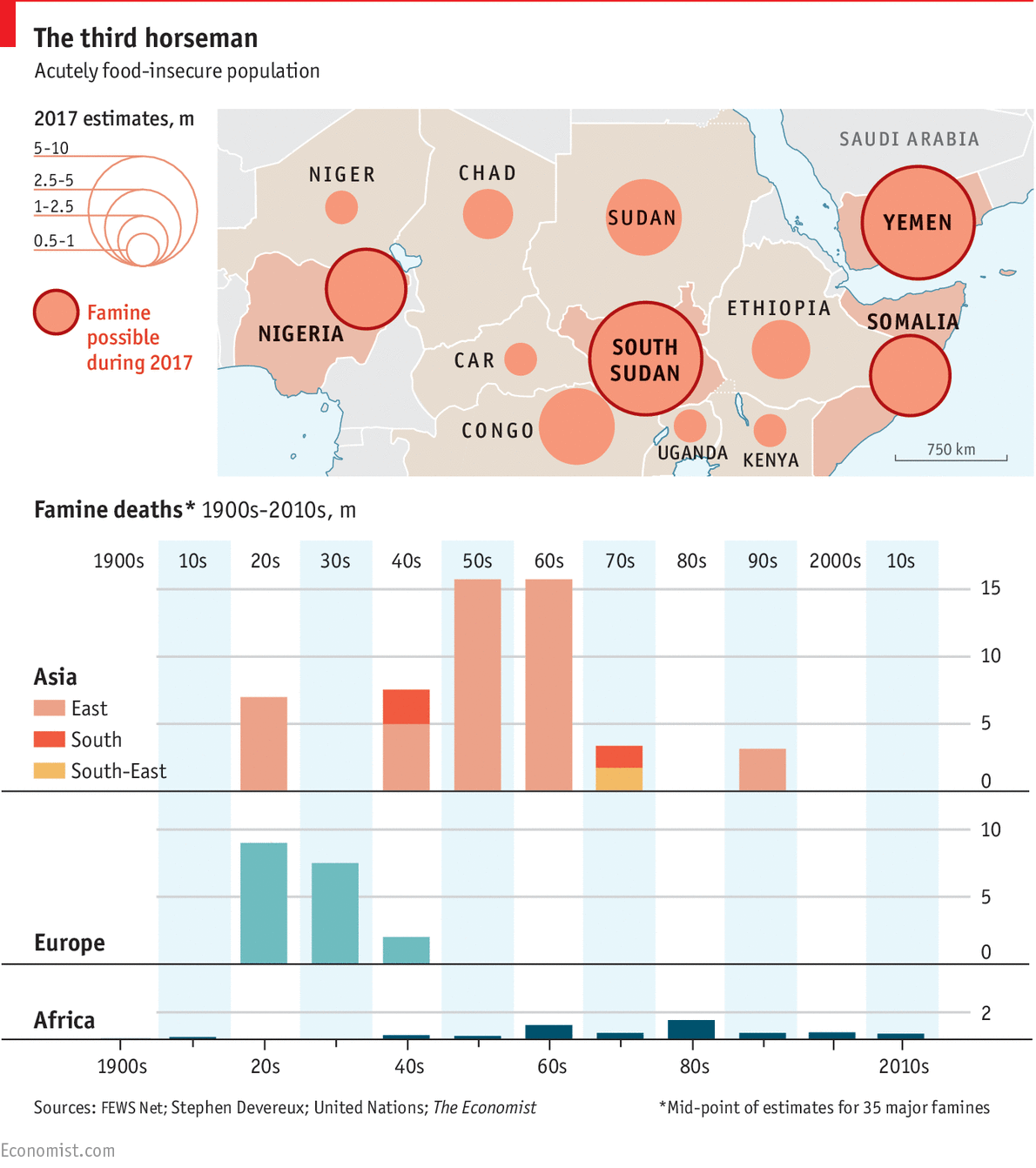 Who do they turn to to help stabilize these conflict-prone regions? Businesses:

The World Economic Forum’s Global Agenda Council on Fragility, Violence and Conflict found that corporate partners can foster stable, inclusive and prosperous societies that respect the rule of law and benefit from accountable governance. Both local and multinational businesses can play an important role, often working alongside each other to support and grow local and national economies and, in the process, help support efforts undertaken by others to reduce fragility and conflict.

The WE Forum has highlighted the way businesses can foster peace before.1 Business leaders should take note.