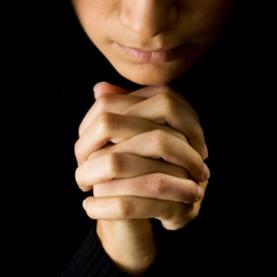 This article from Scientific America is from back in May 2012, but I’ve seen it making the rounds today on Facebook, so I thought I’d point out a couple of problems with it very briefly. The article starts by observing that if you encourage people to think analytically, their belief in God falls in subsequent surveys. I don’t question that result, but the article then goes off the rails a bit:

These studies demonstrate yet another way in which our thinking tendencies, many of which may be innate, have contributed to religious faith. It may also help explain why the vast majority of Americans tend to believe in God. Since System 2 thinking requires a lot of effort, the majority of us tend to rely on our System 1 thinking processes when possible. Evidence suggests that the majority of us are more prone to believing than being skeptical. According to a 2005 poll by Gallup, 3 out of every 4 Americans hold at least one belief in the paranormal

Aside from the reference to this characteristic being “innate” (which is spurious, at least given the contents of the article) and the too-easy parallel between supernaturalism and religion, the primary red herring is the implication that System 2 (which virtuously requires “a lot of effort”) is superior. Is it? Is it really a question of just being too lazy to think hard and therefore invariably realize that God doesn’t exist?

Well, try Googling “analytic thinking empathy“. You will find a series of articles describing that analytic thinking suppresses empathy, and that empathy also suppresses analytic thinking. Does this fact complicate the naive assumption that System 2 thinking is automatically superior? To my mind, all this article really demonstrates is that when one starts out with an extreme bias towards sciemtism, one ends up with scientism. Rationality is obviously important, and analytic thinking is valuable. I didn’t get two graduate degrees in analytic disciplines (economics and systems engineering) without realizing that fact. But there’s more to humanity than analytic thinking.