So here’s something I’ve been saying for the last few years. From The Washington Post:

Undoubtedly, the Nordic nations, with their high incomes, low inequality, free politics and strong rule of law, represent success stories. What this has to do with socialism, though, is another question.

And the answer, according to a highly clarifying new report from analysts at JPMorgan Chase, is “not much.”

Drawing on data from the World Bank, the Organization of Economic Cooperation and Development and other reputable sources, the report shows that five nations — Sweden, Denmark, Finland, Norway and the Netherlands — protect property rights somewhat more aggressively than the United States, on average; exercise less control over private enterprise; permit greater concentration in the banking sector; and distribute a smaller share of their total income to workers.

“Copy the Nordic model if you like, but understand that it entails a lot of capitalism and pro-business policies, a lot of taxation on middle class spending and wages, minimal reliance on corporate taxation and plenty of co-pays and deductibles in its healthcare system,” the report notes.

have zero estate tax. They fund generous programs with the help of value-added taxes that heavily affect middle-class consumers.

In Sweden, for example, consumption, social security and payroll taxes total 27 percent of gross domestic product, as compared with 10.6 percent in the United States, according to the JPMorgan Chase report. The Nordic countries tried direct wealth taxes such as the one that figures prominently in the plans of Sen. Elizabeth Warren (D-Mass.); all but Norway abandoned them because of widespread implementation problems.

The Nordic countries’ use of co-pays and deductibles in health care may be especially eye-opening to anyone considering Sanders’s Medicare-for-all plan, which the presidential candidate pitches as an effort to bring the United States into line with European standards.

These countries are generous; but they are not stupid. They understand there is no such thing as “free” health care, and that requiring patients to have at least some skin in the game, in the form of cost-sharing, helps contain costs…If they have established anything, it’s not socialism, or even the dominance of a benevolent state, but responsible governance. They have achieved a clear division of labor, between government (which arguably has a comparative advantage in health insurance and education) and the private sector (which is better at producing and distributing most other goods and services).

What the Nordic countries don’t do is pretend that society can have a strong and efficient social safety net without a big, mandatory financial contribution from the middle class. Nor do they deal punitively with the private sector, upon whose productivity the entire system ultimately depends.

American socialists’ enthusiasm for the northern European systems may be sincere. We shall see whether it can withstand full and accurate information about how those systems actually work. 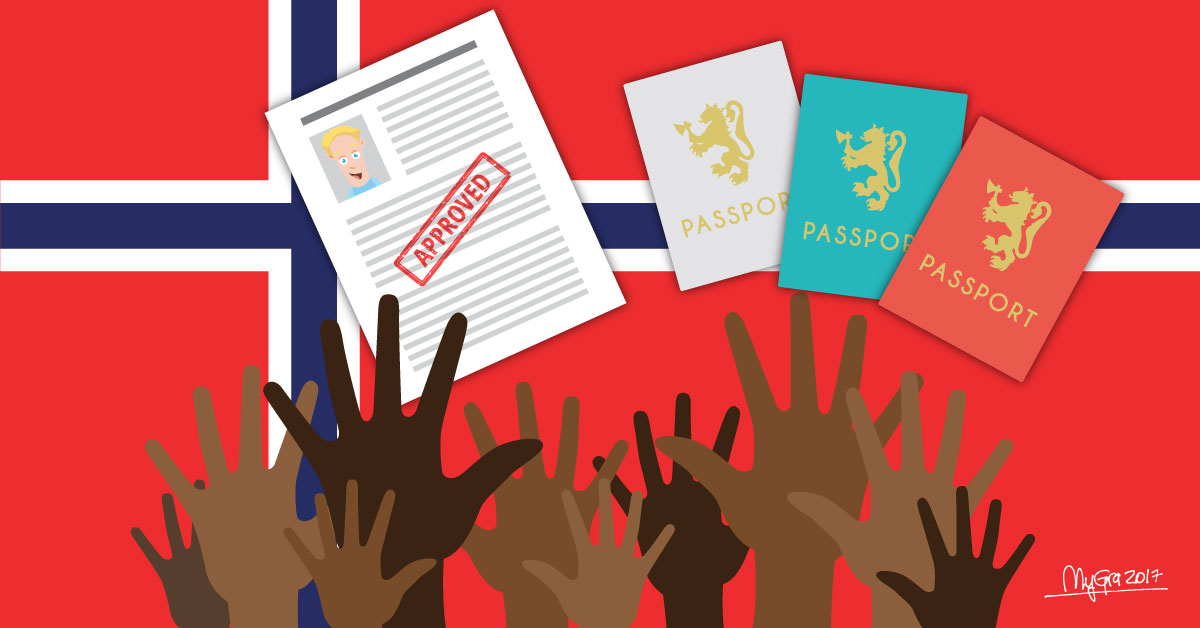 From a new study:

In a recent paper (Bratsberg et al. 2019), we ask what the impact is of such a large immigration-induced labour-supply shock on occupational wages, labour costs, and the industry mix of the economy. The impact of immigration on labour markets has received substantial attention over the last decades. However, most studies focus on the wage structure (e.g. Dustmann et al. 2016). Evidence on the general equilibrium adjustment of occupational wages, labour costs, and industry employment in response to immigration shocks is still relatively scant. We set out to close this gap using high-quality and detailed administrative Norwegian data.

The eastern enlargement in 2004 and 2007 extended the common European labour market to include roughly 100 million individuals from the EU accession countries. With real wages among the highest and unemployment among the lowest in Europe, Norway became a popular destination for labour migrants.

Over the ensuing decade, Norway stands out as one of the countries that received the largest inflows of migrants relative to country size.

Norway is “particularly useful to study because the policy change was exogenous. As a part of the single market, but not a member of the EU, Norway is bound to adopt EU legislation without representation in the European Parliament and Commission. The policy change was instant, comprehensive, and externally imposed, providing a unique setting to study the impact of immigration.” The authors conclude,

Based on the Norwegian data, we observe that the relationship between the initial level of, and the change in, the immigrant share and language intensity is strong. According to our estimates, the change in the immigrant share is 11 percentage points lower in language-intensive versus non-intensive occupations (comparing the 90th versus 10th percentile) over the 2004-2013 period.

According to our results, labour immigration leads to large adjustments in relative industry employment and labour costs. These effects are particularly strong in industries that are initially intensive in the use of immigrant-heavy occupations. In line with our hypothesis, this can be traced back to movements in relative occupation wages: occupations with a large increase in labour supply faced 18% lower wage growth compared to occupations with a small increase (comparing the 90th versus 10th percentile) over the same 10-year period.

As I said in my BYU article last year,

According to the 2017 NAS report, most empirical research shows that “the impact of immigration on wages of natives overall is very small.” However, “native dropouts tend to be more negatively affected by immigration than better-educated natives. Some research also suggests that, among those with low skill levels, the negative effect on natives’ wages may be larger for disadvantaged minorities.” Yet, these negative effects “tend to be smaller (or even positive)” when periods of ten years or longer are considered. In fact, research suggests “that immigration to the United States between 1990 and 2006 reduced the wages of natives without high-school degrees by only 0.7 percent in the short run and increased their wages by 0.6–1.7 percent in the long run.” Similar to the effects of employment, low-skill native wages may be depressed in the short run, but long-run effects tend to be zero to
positive (pg. 95).

Claims that millions of Americans are mired in extreme poverty, barely surviving on $2 or $4 a day, are false, according to a new working paper from the National Bureau of Economic Research.

The paper, released June 3, is by Bruce Meyer, Derek Wu, and Victoria Mooers of the Harris School of Public Policy at the University of Chicago and by Carla Medalia of the U.S. Census Bureau. Some households that income surveys erroneously categorized as extremely poor actually had “net worth in the millions” of dollars, the authors found.

…The new NBER paper takes aim at a Nobel laureate in economics, Angus Deaton, who claimed that 5.3 million Americans in 2015 were living on less than $4 a day. It also criticizes work by a professor at Johns Hopkins, Kathryn Edin, and by a professor at the University of Michigan, H. Luke Shaefer. Edin and Shaefer are authors of a book, “$2.00 a Day: Living on Almost Nothing in America,” that claimed about 3 million children lived in households with incomes of $2 a day or less.

Rather than millions of extremely poor American children, Meyer and his co-authors found the 285,000 households in “extreme poverty” were either single individuals or “households with multiple childless individuals.”

They write, “this result likes in stark contrast to the focus in academic and policy circles on the plight of extreme poor households with children.”

They write that “the errors in the income level exaggerate the level of extreme poverty.”

The new study, according to Reason, relies on “information from the 2011 Survey of Income and Program Participation (SIPP) as well as administrative tax and benefit program data” and found that

“of the 3.6 million [non-homeless] households with survey-reported cash income below $2/person/day,” the vast majority—92 percent—were “not in extreme poverty once we include in-kind transfers, replace survey reports of earnings and transfer receipt with administrative records, and account for the ownership of substantial assets.”

In fact, new research shows “more than half of all misclassified households have incomes … above the poverty line” entirely.

…The composition of extremely poor households also differs from common understandings of it: “Among the 285,000 households left in extreme poverty, 90% are made up of single individuals. Households with multiple childless individuals make up the other 10% of the extreme poor. Strikingly, after implementing all adjustments, [none of the SIPP surveyed] households with children have incomes below $2/person/day.”

I’ve talked about this $2-a-day claim before. The data supporting it seemed sketchy then. Appears even more so now.