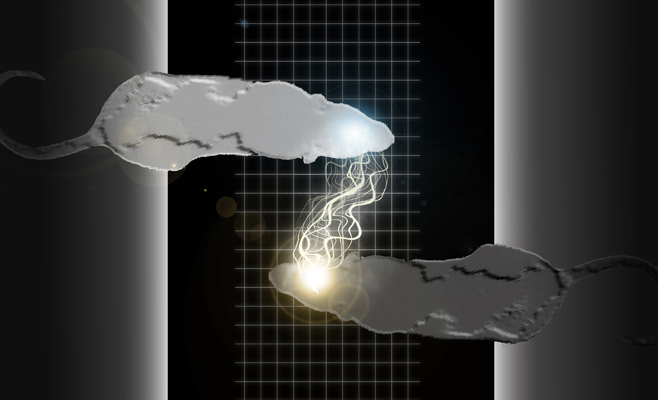 Duke University has just brought the technological singularity a little closer. For rats, anyway.  Sci-fi author Vernor Vinge coined the term, although it has spread well beyond him since then, and it refers to the idea of a superintelligence created by merging human brains with computers, possibly as a single collective intelligence including many human contributors.

This Wired article doesn’t mention the singularity, but it describes the kind of direct brain-to-brain communication that might be a necessary part of creating it. In this case the brains belonged to rats, however. Using electrodes implanted directly into their brains, a rat in Brazil helped a rat in North Carolina successfully solve a puzzle that one rate had been trained in but the other rat had not. Cool? Very. But also rather spooky.

Did the rats know they were communicating as two minds, did they become one mind, or were they still distinct minds merely communicating at a lower level than language? I don’t know, but I’d defnitely like to find out before I get plugged into the Matrix.