Spotify let me know that Lorde is a spotlight artist whose debut album was just released and told me I should go listen to it. Always keen to hear new music, I queued up her first track. Always interested in who I’m listening to, I searched for her on Wikipedia. 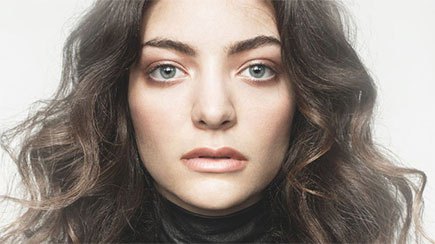 So here’s what stands out to me. First of all, Lorde is 16 years old. At 32, I’ve seen the tragic trajectory of enough child stars like Britney Spears, Lindsay Lohan, and a gaggle of others to be concerned. Whether it’s Selena Gomez ending up in Spring Breakers or Miley Cyrus twerking (no link needed), the career path always seems to bend towards exploitation as though it were an inescapable black hole. I don’t have any inside knowledge of the record industry, but even from the outside it seems plain that young stars, and especially girls, don’t fare well. We all want to be famous like moths want to be closer to the bug zapper, never paying attention to the burned-out husks below the light.

Here’s how Wikipedia describes her rise:

At the age of 12, she was spotted by A&R scout Scott Maclachlan when he saw her singing in a video of a talent show at her school, Belmont Intermediate. Later, when [she] was 13, Maclachlan signed her to Universal and, at the age of 14, she began working with their songwriters.

Does this make anyone else just a bit queasy? Discovered at 12? Signed at 13? Working with pro-songwriters at 14? She’s the first woman in 17 years to top the alt chart (I would say “girl” with no disrespect intended), and that’s an achievement, but how much of that is a reflection of corporate strategy and marketing? The relationship between artists and publishers is always fraught; how does someone so young hope to avoid becoming the packaged merchandise? There’s something deeply disturbing to me about the worship of youth philosophically and the plight of these starlets practically.

Look, I wish Lorde (real name: Ella Yelich-O’Connor) the best of luck, but at this point I feel like listening to her music is condoning a culture that devours it’s own young.