The Atlantic has a number of new articles jam-packed with data on marriage, divorce, and economic mobility. Drawing on a recent BLS survey, Derek Thompson points out that marriage is common across all levels of educational attainment. However, marriage remains unequal across racial divides, with whites marrying at higher rates than Hispanics and blacks. “In fact, blacks are three-times more likely to be unmarried by the age of 46 than the rest of the population.” 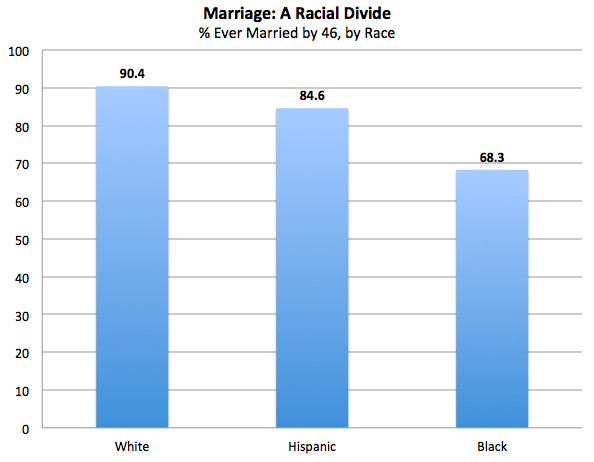 The real issue, according to Thompson, is divorce. “Divorce rates by age 46 are twice as high among high-school dropouts than college grads.” 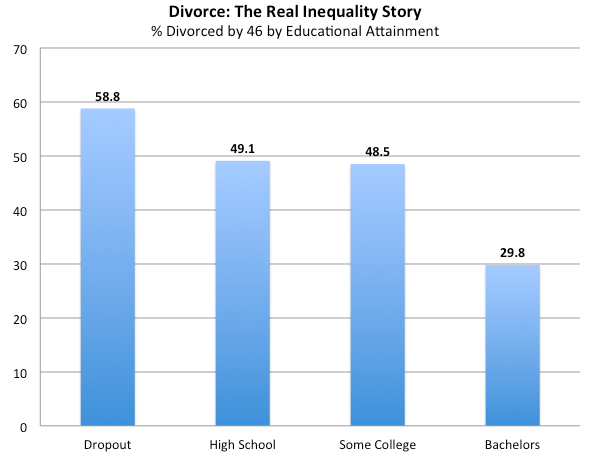 Yet, Jordan Weissmann explains that the information above “is based on a long-term study of young Baby Boomers, who were at least 46 years old by 2010.” When it comes to younger Americans, the 2012 Census Bureau report shows that “the less a guy earns nowadays, the less likely they are to have ever been hitched” (with the exception of what he calls “the rich bachelor effect” i.e. those making $75,000+). 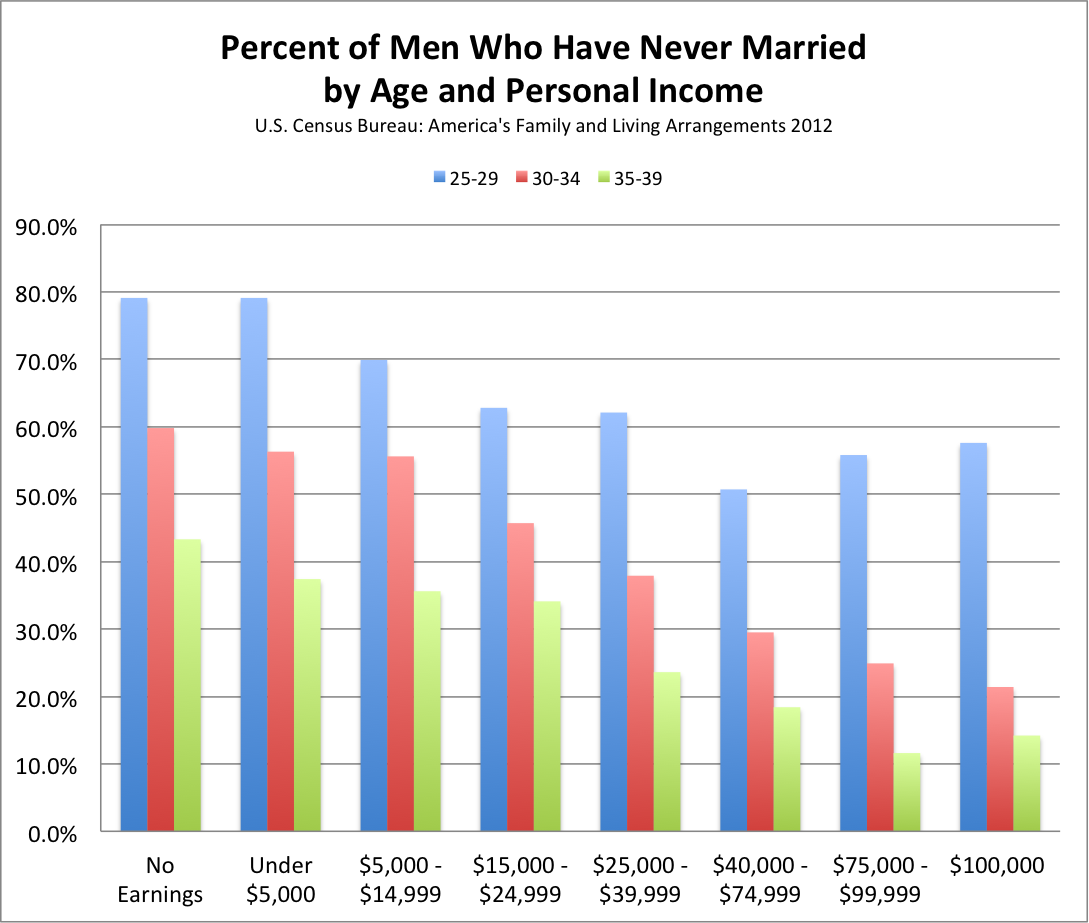 Why is all this important? W. Bradford Wilcox of the University of Virginia finds that “young adults are at least 44 percent more likely to have graduated from college if they were raised by their married parents.”

Furthermore, “the marriage bump is strongest among families where the parents didn’t go to college (the left half of the graph above). Among less-educated families, the children of married parents earn about $4,000 more than their peers from non-intact families, as the next chart shows. The association between intact families and income is not significant for children of college-educated parents.”

“The next graph indicates that men and women who hail from intact families are about 40 percent less likely to father or bear a child outside of wedlock. This is important because nonmarital childbearing reduces your odds of successfully getting and staying married down the road, maximizing your income, and of providing a stable home to your children.”

Marriage might even have economic benefits at the citywide level. A recent study from Harvard and UC-Berkeley found that the most important predictor of economic mobility was the low share of single moms in a community. Mobility for poor kids was highest in the Salt Lake City metro area, which also happens to have one of the lowest rates of single motherhood of any major metro area in the country…The intact, two-parent family seems to be particularly important for children hailing from less privileged homes and a powerful force for economic mobility when it’s the family norm at the community level. Policymakers who feel more comfortable talking about metrics than marriages need to understand that marriage could be one of the most important metrics.

1 thought on “Another Post On Marriage and Social Mobility: This Time With Graphs”