That’s how economist Mark J. Perry–drawing on the Association of Home Appliance Manufacturers–describes today’s home appliances. The following chart goes nicely with my last post about the “magic washing machine“: 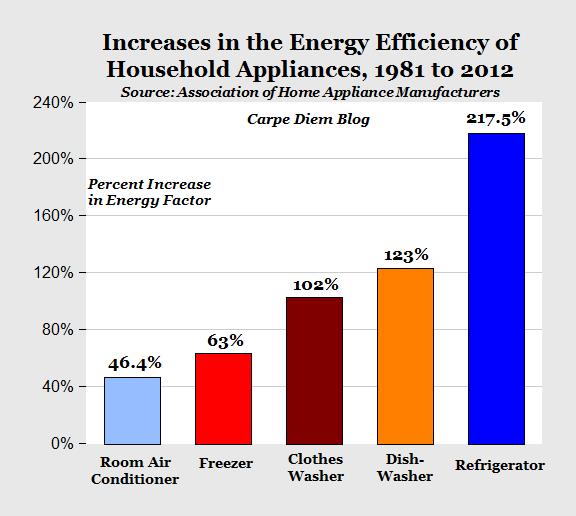 Today’s modern household appliances are not only cheaper than ever before, they are the most energy-efficient appliances in history, resulting in additional savings for consumers through lower operating costs. The average dishwasher today is not only more than twice as energy-efficient as a comparable 1981 model, but its real cost today is only about 50% of the price of the 1981 dishwasher, measured in hours worked at the average hourly wage. Put those two factors together, and the average American’s dishwasher today is about six times superior to the dishwasher of thirty years ago…Put it all together and American consumers have never been better off when it comes to the standard home appliances that we all own and take for granted.

We could all practice a little gratitude and have some perspective.