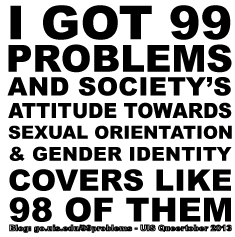 The March 2014 issue of First Things features the (free) article “Against Heterosexuality.” In it, author Michael Hannon explains, “Sexual orientation is a conceptual scheme with a history, and a dark one at that. It is a history that began far more recently than most people know, and it is one that will likely end much sooner than most people think. Over the course of several centuries, the West had progressively abandoned Christianity’s marital architecture for human sexuality. Then, about one hundred and fifty years ago, it began to replace that longstanding teleological tradition with a brand new creation: the absolutist but absurd taxonomy of sexual orientations.” Heterosexuality thus became “this fanciful framework’s regulating ideal…On this novel account, same-sex sex acts were wrong not because they spurn the rational-animal purpose of sex—namely the family—but rather because the desire for these actions allegedly arises from a distasteful psychological disorder.”

Hannon provides the history of sexual orientation as a category, beginning in the 19th-century. As classical religious beliefs about sexuality became less dominant, “pseudoscience stepped in and replaced religion as the moral foundation for venereal norms…This perverted psychiatric identity, elevated to the status of a mutant “life form” in order to safeguard polite society against its disgusting depravities, swallowed up the entire character of the afflicted.” In other words, the invention of sexual orientation led to “homosexuals” being seen as a depraved species. “Heterosexual” was constructed to serve as the norm in the increasingly secular society.

While Hannon’s language may sometimes be inflammatory, the history and implications are both interesting and important:

First of all, within orientation essentialism, the distinction between heterosexuality and homosexuality is a construct that is dishonest about its identity as a construct. These classifications masquerade as natural categories, applicable to all people in all times and places according to the typical objects of their sexual desires (albeit with perhaps a few more options on offer for the more politically correct categorizers). Claiming to be not simply an accidental nineteenth-century invention but a timeless truth about human sexual nature, this framework puts on airs, deceiving those who adopt its labels into believing that such distinctions are worth far more than they really are.

How much damage has this binary social construct caused?:

Young people, for instance, now regularly find themselves agonizing over their sexual identity, navel-gazing in an attempt to discern their place in this allegedly natural Venn diagram of orientations. Such obsessions generate far more heat than light, and focus already sexually excited adolescents on discerning extraneous dimensions of their own sexual makeup. This self-searching becomes even more needlessly distressing for those who discern in themselves a “homosexual orientation,” as they adopt an identity distinguished essentially by a set of sexual desires that cannot morally be fulfilled.

And what does this mean for those who identify as “heterosexuals”?:

Check it out and give it some thought. We could all possibly benefit from a fresh perspective.