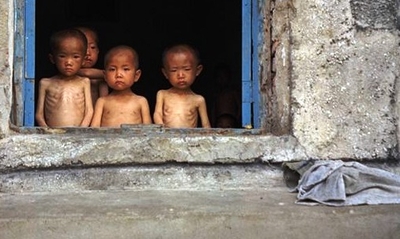 It has been known for years that North Korea is a totalitarian hellhole ruled by megalomaniacs who have turned the country into a vast concentration camp. Millions of North Koreans have died from starvation caused by their government’s deranged policies; millions more have been victimized by its fanatical efforts to repress any hint of independent thought, and by its merciless assaults on human dignity. But the report issued by the UN panel this month, after a year-long investigation that gathered evidence from more than 320 victims and witnesses, paints such an extensive and meticulous portrait of evil that it compares in significance, as the Washington Post observed, to Alexander Solzhenitsyn’s devastating history of the Soviet labor camps, “The Gulag Archipelago.”

North Korean concentration camps have “lasted twice as long as the Soviet gulag did, and 12 times as long as the Nazi death camp at Auschwitz. Nelson Mandela spent 27 years in prison, and people the world over rallied for his freedom…Who rallies for the freedom of North Korea’s martyrs?”

“We should be ashamed,” says Justice Kirby, “if we do not act on this report.”