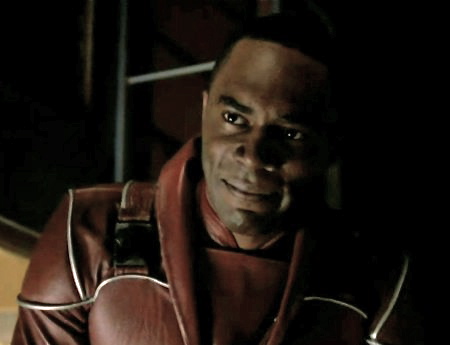 Last week I was carrying my laptop out of my home office to use in another room and I tried to close the door behind me. I was, at the moment, deeply engrossed in some speculation that seemed very important to me at the time, which is I why I completely forgot about the pullup bar that had been hanging there for the last couple of weeks until it crashed down on my head.

It didn’t really hurt much–and the laptop was unscathed–but it just didn’t seem befitting of my status as an agent which is to say an originator of actions. I make things happen. Things do not happen to me. “There is a God,” says the Book of Mormon, “and he hath created all things, both the heavens and the earth, and all things that in them are, both things to act and things to be acted upon.’1 I know which of these I consider myself to be, as a general rule.

But we don’t always get to choose.

My frustration turned to amusement and I chuckled at myself. We think we are agents–and in a sense we are–but we’re also objects. We inhabit physical bodies that are subject to physical laws, and the laws of physics don’t give a whit for concepts like “narrative” or “justice” or “intention.” Because we live comfortable, safe live and are careful to avoid injuring ourselves, most of us manage to forget this most of the time. It takes a pretty horrific event (like a car crash) or a silly frustrating one (like closing a door and making a pullup bar drop on your head) to be reminded that we’re not exempt from the rules. Not even when we think we’re thinking very, very clever and deep thoughts.

Last week I dreamed of car crashes. Or, more specifically, I dreamed of that long endless moment between loss of control and impact. The period where you have just enough time to realize two things: that a collision is coming and that there’s nothing you can do about. The dream always started with a sudden lurch in the pit of my stomach and then the eery lack of sensation as the tires left contact with the road. Then a sense of weightlessness. I was always the passenger, not the driver, and I could never see out of the windshield of the car. I didn’t know how high we were, when we would hit, exactly what the car’s orientation was, or if I would survive. And even if I had known, there wasn’t anything I could do about it. Then a momentary flash of impact, and the dream restarted: the wheels no longer touching the road and me helplessly wondering what would come next.

That’s not always how life feels. But I think it’s probably what is always going on. We’re all Jubal Early at the end of the last Firefly episode “Objects in Space.” Adrift, we have freedom of movement, but nothing to push off of. We can flail in whatever way we would like during our indeterminate wait for death.

No, that’s not really how bleak my outlook on life is. But sometimes it feels that way.

2 thoughts on “I Am An Object”