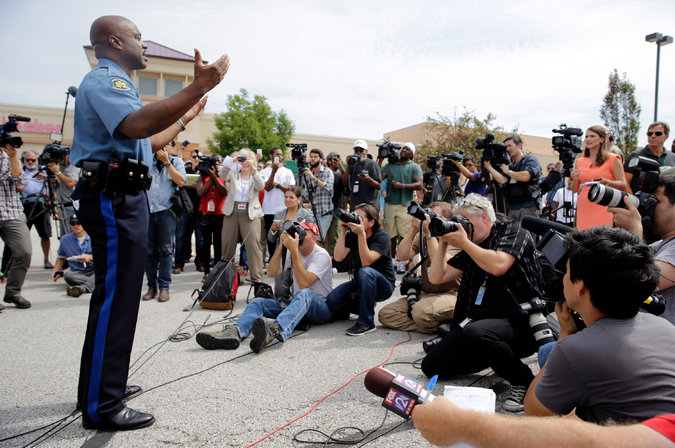 I was on vacation all last week, and so I’ve been catching up on the events from Ferguson, MO over the past couple of days. CBSNews has a pretty good rundown. I’ve seen one particular article that grabbed my attention, however: What I Did After Police Killed My Son.

Yes, there is good reason to think that many of these unjustifiable homicides by police across the country are racially motivated. But there is a lot more than that going on here. Our country is simply not paying enough attention to the terrible lack of accountability of police departments and the way it affects all of us—regardless of race or ethnicity. Because if a blond-haired, blue-eyed boy — that was my son, Michael — can be shot in the head under a street light with his hands cuffed behind his back, in front of five eyewitnesses (including his mother and sister), and his father was a retired Air Force lieutenant colonel who flew in three wars for his country — that’s me — and I still couldn’t get anything done about it, then Joe the plumber and Javier the roofer aren’t going to be able to do anything about it either.

Michael Bell (who wrote this piece) is absolutely correct. I hope that issues of police accountability and police militarization can provide some much needed common ground. Based on articles like this one from the New Yorker, I think that hope might not be misplaced:

But over the past two days — as the police in Ferguson have responded to very angry protests with an alarmingly heavy hand, looking and reacting as if they were not the community’s own peace officers but an invading army — something remarkable has happened. The longstanding liberal concerns about police racial hostility has seemed to merge with the longstanding libertarian concerns over police militarization. It isn’t just that no one is defending the cops. It’s that many of the criticisms from the left and the right sound very similar.

The only thing I’d add to that is that initiatives like badge cameras and independent review of lethal shootings are not about attacking the police. They are about making a better police force, and improving trust between law enforcement and the communities they seek to serve.