The above chart has been a talking point for the past couple years. Economic theory posits that an increase in capital per worker leads to increase output per worker which leads to increased income per worker. However, there has been a supposed wedge between productivity and worker compensation since the 1970s. Yet the Manhattan Institute’s Scott Winship argues otherwise. He lists 6 keys to properly analyzing production and wages:

He produces a new chart that looks at “hourly compensation and compare[s] it to “net” productivity (excluding depreciation and also proprietors’ income). Both apply to the “nonfarm business sector,” which excludes the parts of GDP produced from the farm, government, non-profit, and housing sectors, thereby avoiding the issues of homeowners renting to themselves and of indirect taxes (along with other measurement issues in the government sector).” Furthermore, it “use[s] the same price adjustment for both compensation and productivity.” Finally, it excludes proprietors’ income (income from one’s business), “as it is not at all clear how to allocate that category into income from labor and income from capital”: 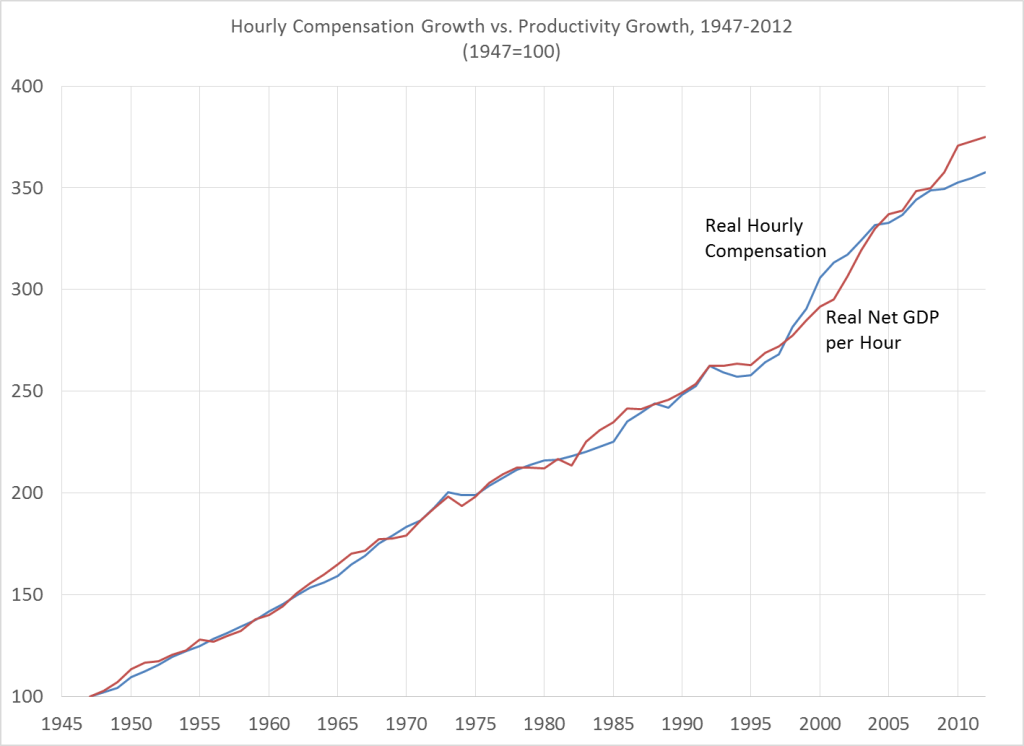 Winship clarifies that ““labor” includes extremely well-paid executives as well as minimum-wage workers, so the fact that labor’s piece of the pie hasn’t shrunk does not mean that inequality between workers hasn’t grown. But it does complicate unified theories of rising inequality.”