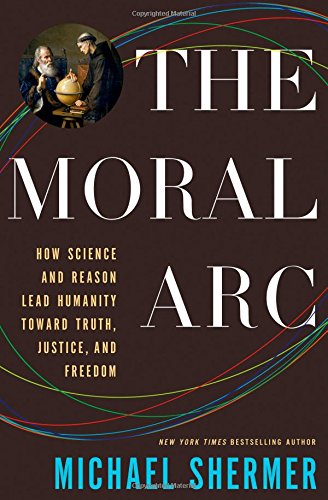 Science writer Michael Shermer argues that we are in the March 2015 issue of Reason, based on his new book The Moral Arc: How Science and Reason Lead Humanity toward Truth, Justice, and Freedom. He writes,

Since the Enlightenment, humans have demonstrated dramatic moral progress. Almost everyone in the Western world today enjoys rights to life, liberty, property, marriage, reproduction, voting, speech, worship, assembly, protest, autonomy, and the pursuit of happiness. Liberal democracies are now the dominant form of governance, systematically replacing the autocracies and theocracies of centuries past. Slavery and torture are outlawed everywhere in the world (even if occasionally still practiced). The death penalty is on death row and will likely go extinct sometime in the 2020s. Violence and crime are at historic lows, and we have expanded the moral sphere to include more people as members of the human community deserving of rights and respect. Even some animals are now being considered as sentient beings worthy of moral consideration. Abstract reasoning and scientific thinking are the crucial cognitive skills at the foundation of all morality.

And more. Check it out.