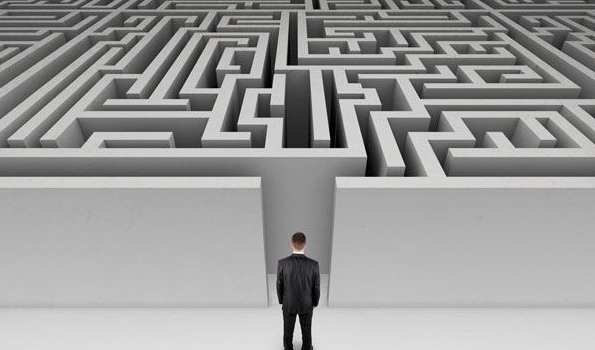 It’s no secret that our complicated, burdensome tax system is hugely wasteful. According to a 2013 study from the Mercatus Center at George Mason University:

There were 4,428 changes to the Internal Revenue Code between 2001 and 2010, including an estimated 579 changes in 2010 alone. The tax code averages more than one change per day. The resulting complexity creates hidden compliance costs between $215 billion and $987 billion annually. To put this in perspective, total revenue collected by the federal government in 2012 was $2.5 trillion.

That’s bad enough, but a new article got me thinking about this issue in a different light. In The Income Tax is Immoral and Unconstitutional – and Not (Just) for the Reason You Think, Robin Koerner points out that the $2,000 he had to shell out to his accountant in order to generate 149 pages of tax documentation for his simple, small private business1 constitute a highly regressive tax burden. That’s the immorality of the tax code. The unconstitutionality, in Koerner’s view, comes from the fact that there is no practical way that a private US citizen is capable of filling out their taxes. Thus:

Finally, and most importantly – to any Constitutional attorney: I can’t pay you (see above), but I have a tax return that will make your eyes bleed. Get me in front of a jury or, better yet, the Supreme Court, and let us ask 12 or nine reasonable people if the burden of completing this particular tax return – a requirement I must meet to retain my liberty and my property – is reasonable or not. And if just one of the jury or bench believes that a reasonably educated person could accurately complete my tax return in a reasonable period, I’ll be happily defeated – as long as he shows me how.

Koerner is right. The American system of taxation is so monumentally and colossally stupid that no person could deliberately have concocted a scheme this awful. So why does it continue? Several reasons. Inertia is a big one. The fact that any attempt to reform gets mired in partisan gridlock is another. And then there’s the fact that the most sophisticated players in the world like it this way. It gives competitive advantages to large companies who can afford the expertise to fully leverage the tax code to their advantage, and also gives politicians one of their most prized trade goods to offer to backers in return for their support.

Oh, and Koerner isn’t kidding about the complexity. Last year, three different accountants tried to do my family’s taxes. All three failed to get them done correctly. When three different professional accounting firms can’t figure out how to pay your taxes for you, then you know the system has become a joke. Too bad it’s a joke that will have the severest repercussions for those least able to afford the punchline.