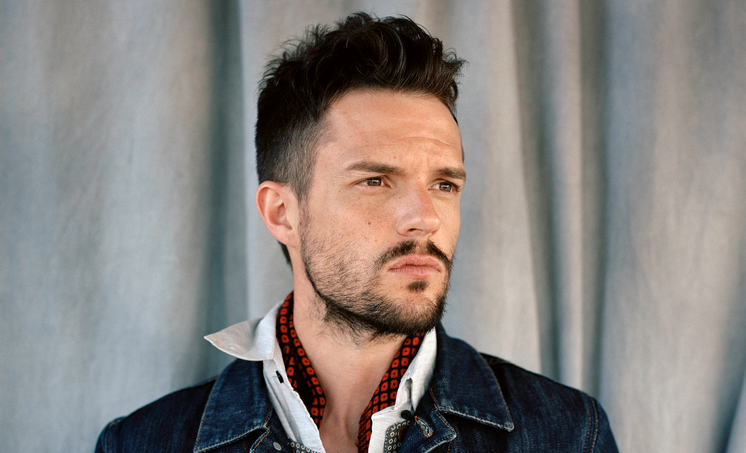 I’ve written several times before about the tension between a desire to create something great and the feeling that all the greats were kind of crazy people with seriously unbalanced lives. Read enough bios and you quickly get the impression that the muses–artistic, scientific, or other–require jealous tribute. You don’t get to have a comfortable, stable family life and make a masterpiece. You must be tortured in order to be a genius.

Even though I’m not sure I’ll ever qualify to make that decision, and even though I’m pretty sure it will not ever be distilled into an actual moment-in-time choice; I’ve still decided to make my mind up preemptively. If I ever get to choose between making something great and my family, then I choose my family.1

Does this preclude me from doing good artistic work? I hope not, and folks like Brandon Flowers give me hope. Here he is talking to NPR’s David Greene:

GREENE: So you’re sober. You are a devout Mormon. You’re family man, three kids, yet, you know, you’re pulled by the spirit of Elvis. You, yourself, have, you know, a rock and roll kind of image, you know, and that you’ll show onstage. I mean, these seem to be conflicting impulses here.

FLOWERS: They are. I mean, I’m not without temptation or anything like that, but I – you know, I also feel like I learned a lot in the early days, having that contrast of knowing what I felt, what made me feel good and then trying to fit into this role of a – you know, of the lead singer of a rock band. You know, because I’ve had both of those experiences, it made it easier for me to decide which road I was going to take.

Clearly there’s a lot more that separates me from Flowers, and rock musician has never been my particular dream. (Too noisy.) But it’s great to have a role model out there who is putting out great work, doing it without turning his life into a melodrama worthy of Greek tragedy, and acknowledging that it’s because of a choice he made.