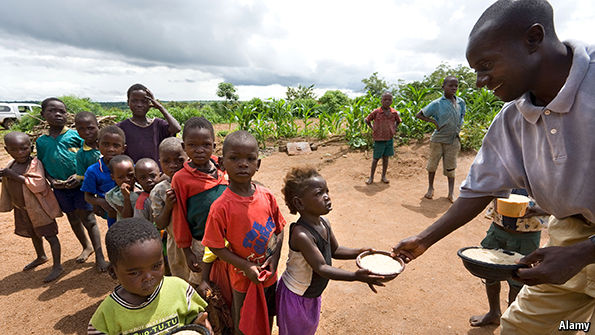 The UN recently had a meeting to unveil the Sustainable Development Goals. As The Economist reported,

Most of the SDGs’ predecessors, the Millennium Development Goals (MDGs), have been met, largely because of progress in China and India. But there were just eight of them, focused on cutting extreme poverty and improving health care and education, all clearly defined. By contrast there are 17 SDGs and a whopping 169 “associated targets”, covering world peace, the environment, gender equality and much, much more. Many are impossible to measure. They are “higgledy-piggledy”, agrees Lord (Mark) Malloch-Brown, who helped write their predecessors. A tighter focus and more precise definitions might have been wise. Even so, the SDGs are part of an important shift in thinking about development that is making it both more ambitious and more realistic.

What makes these new goals exciting is that they are attempting to sway “governments, private enterprise and civil society” into working “together to create open societies and open economies, end conflict and corruption, and enshrine the rule of law, free speech and property rights.” Furthermore, “the main reason there are so many is that they were set by consensus rather than written by a few specialists, mostly from rich countries. This lessens the feeling that rich men from “the north” are telling “the south” how to do better.” I’m inspired by this because “poor-country governments and rich-world aid lobbies have become less hostile in recent years to the idea that free markets and big business can help cut poverty. Multinationals were wary when the MDGs were unveiled, says Lord Malloch-Brown; now many are on board. And some rich-as-Croesus philanthropists, together with a bevy of market-friendly think-tanks, have started to monitor and measure the results of aid spending, and to search for ways to make it more effective.” In other words, governments and other institutions are worried about actually helping the poor rather than just feeling better about themselves by giving aid. The Economist concluded its report:

As the SDGs proliferate, donors are putting greater emphasis on measuring results and collecting data. They need data to be more disaggregated and to know where the poor are concentrated, as well as their ages, how they live and what sort of work they do. Advances in technology make this easier. Satellites can more precisely determine where forests are thinning, for example, or where crops are thriving or wilting. Among the SDG targets is one that calls for all births to be registered so that all children have legal identities, and their progress can be tracked…The MDGs were meant to create a social safety net; the SDGs to be fit for an age in which the standard of living in a big chunk of the developing world is creeping towards the levels of rich countries. The SDGs’ boosters, though admitting they will be harder to measure than the MDGs, let alone meet, hail them for going “beyond aid”.