In the Spring 2016 issue of National Affairs, economist Arnold Kling has an engaging article on the concept of cultural intelligence:

Thanks to work in a number of related fields, collected in some exceptionally important books published in just the past few years, it is becoming increasingly apparent that progress tends to arise from the evolution of decentralized trial-and-error processes more than from grand schemes launched by planners and revolutionaries.

Economists and scholars of public policy are not the only ones conducting this research; students of human behavior are also finding support for Burke and Hayek’s theses — that the knowledge embedded in social norms and practices is vast compared to the knowledge of even the brightest, most educated individuals. As individuals, we cannot figure out very much by ourselves, but we learn a remarkable amount from others. In short, some social scientists in recent years have been building (or rebuilding) a powerful case for cultural intelligence.

One implication of their findings and arguments is that two sets of institutions in particular — markets and traditional social and familial practices — are the most important products of the process of social evolution building on cultural intelligence because they are the foremost means by which that process operates in free societies. It should hardly surprise us, therefore, that these two sets of institutions are also the foremost targets and objects of scorn of today’s progressive planners.

Drawing on the work of cultural psychologists and anthropologists like Joseph Henrich, Kling argues against the the heavily centralized, top-down worldview of the “engineers” and instead embraces the bottom-up adaptability of the “ecologists.” One school of thought centralizes power and decision-making into the hands (minds?) of a few intelligent elites, while the other recognizes that the collective brain matters more than individual ones in terms of knowledge. “Henrich,” Kling writes,

even goes so far as to argue that, as isolated individuals, humans are not particularly intelligent in comparison with chimpanzees. It is not the 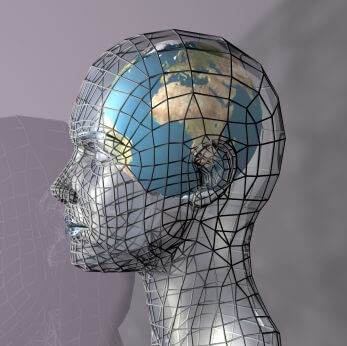 hardware of our brains that makes us superior. It is instead the software that is loaded into our brains by cultural learning. In fact, Henrich’s central thesis, in terms of this metaphor, is that the hardware of human brains evolved to be able to run the software of cultural learning, and that we are the only species that evolved in this manner. To use a different computer metaphor, we are not born with much in the way of individual intelligence and knowledge. Instead, we download cultural information from the “cloud”: our family and friends, teachers and mentors, books, electronic media, markets, and other cultural institutions.

…This…is highly reminiscent of Friedrich Hayek’s views about how markets work. Markets coordinate across many people the tacit knowledge that resides with individuals. In contrast, the would-be economic planner, who makes decisions by “applying causal models, rational thinking, or cost-benefit analyses,” works with an information set that is woefully inadequate to the task.

The whole thing is worth reading.