The Fraser Institute just published its Economic Freedom of the World 2016 Annual Report. The degree of economic freedom is measured using 5 broad areas:

The ten most economically free countries are:

One of the most important findings of past reports that is once again confirmed in the latest is the following: 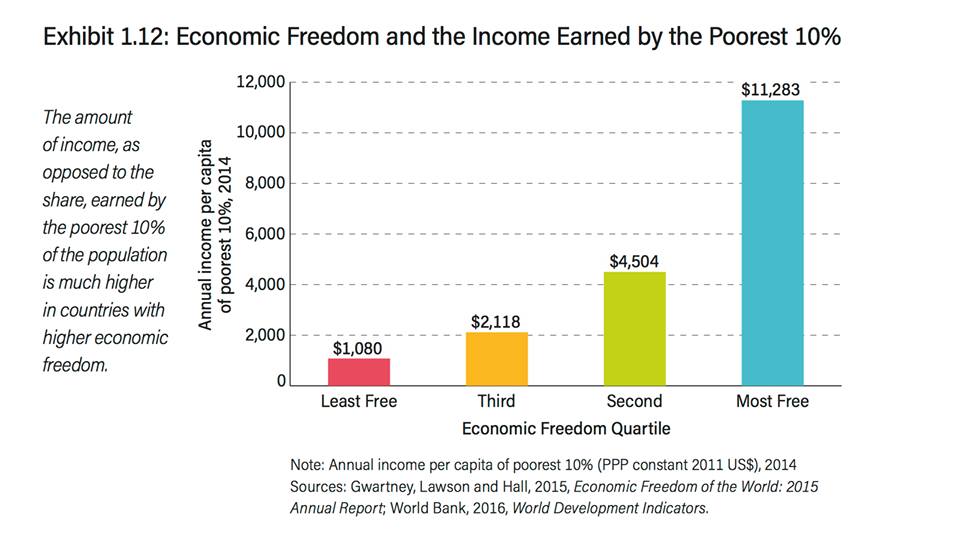 The rest of the report includes articles on gender disparity in legal rights, Venezuela, Ireland’s growth, and economic freedom in the United States.