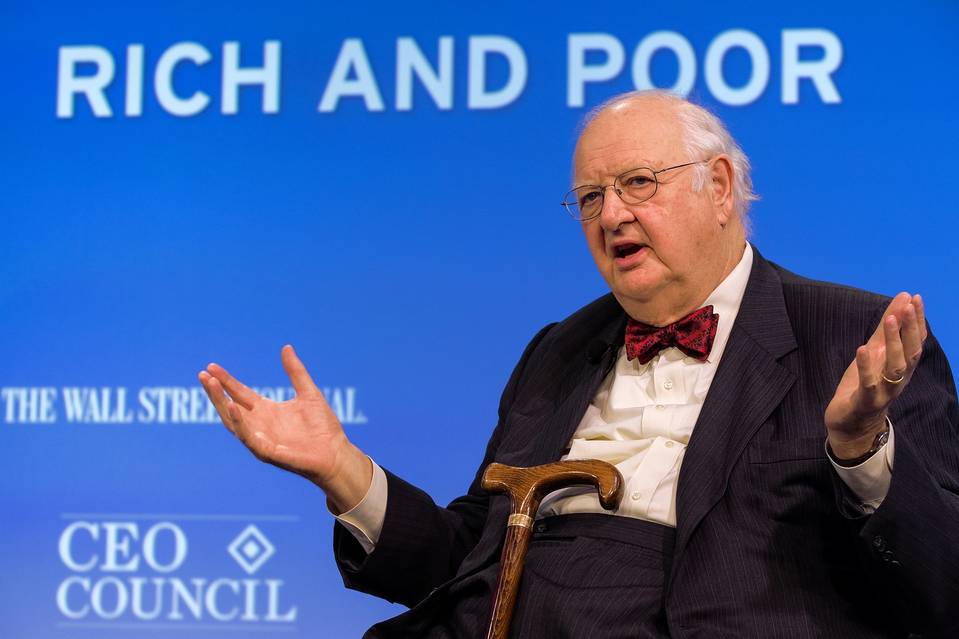 I found this two-year-old WSJ interview with Angus Deaton while I was combing through some saved posts. I thought it was worth highlighting. Here are a few excerpts that convey Deaton’s thoughts on inequality:

[Inequality] could [even] be people at the bottom versus people in the middle. One of the things that has happened is that at the very bottom there may actually be some squeezing up of those gaps partly because people in the middle may be being replaced by offshoring and so on. Whereas people at the bottom who are mainly in service jobs really can’t be, so they’re doing relatively well.

…I both love inequality and am terrified of it. Inequality is partly a marker of success, so that if someone thinks of something, some new innovation that benefits us all, and the market works properly, they get richly rewarded for that.

And that’s just terrific. And that creates inequality. So some of the greatest inequalities in the world have come from the greatest successes.

The terror part is—well, there are several different things. One that I worry about is that some of the enormous riches we’re seeing at the top in the United States today are coming from activities whose social value is in doubt.1 So some of the activities that are going on in Wall Street that are occupying some of the smartest of our young minds, it’s not entirely clear that their society really wants them to be doing that as opposed to innovating in the private sector, or curing cancer. The other thing that I worry about is the political power that comes with extreme wealth.

He also discusses some alarming findings from his most recent research:

We’ve seen mortality rates falling for the best part of 100 years, maybe even longer. When we looked at the total mortality rates for this middle-aged group from 45 to 55 and we saw they were rising—I mean, this is something that’s been falling forever.

And then about 1998 it just turns and starts going the other way. So, there’s this increase in mortality. And it’s almost entirely for white non-Hispanics. Black mortality rates are falling even faster than they’d ever been, Hispanic rates are falling on track.

The rates in middle age for all European countries are falling exactly as they have been, as they were in the U.S. up until 1998. But for this group, this middle-aged, white non-Hispanics, this mortality rate is going up. If you look at the causes of death that are most rapidly rising, it’s suicides, the biggest one is poisonings…And of course that’s what they’d call accidental overdoses. A lot of it is from prescription painkillers and a lot of it is from illegal drugs, and then a lot of it’s from alcohol.

…This is much worse among those who have a high-school education or less. These are the people who just have not benefited from the positive changes that have happened in the economy as a whole…That doesn’t explain everything, because there are people being left behind in Europe, too. The two explanations that have been floated are that Europe has a more elaborate safety net than we have. And most European countries do not allow overprescription of heavy-duty, dangerous painkillers the way we do here.