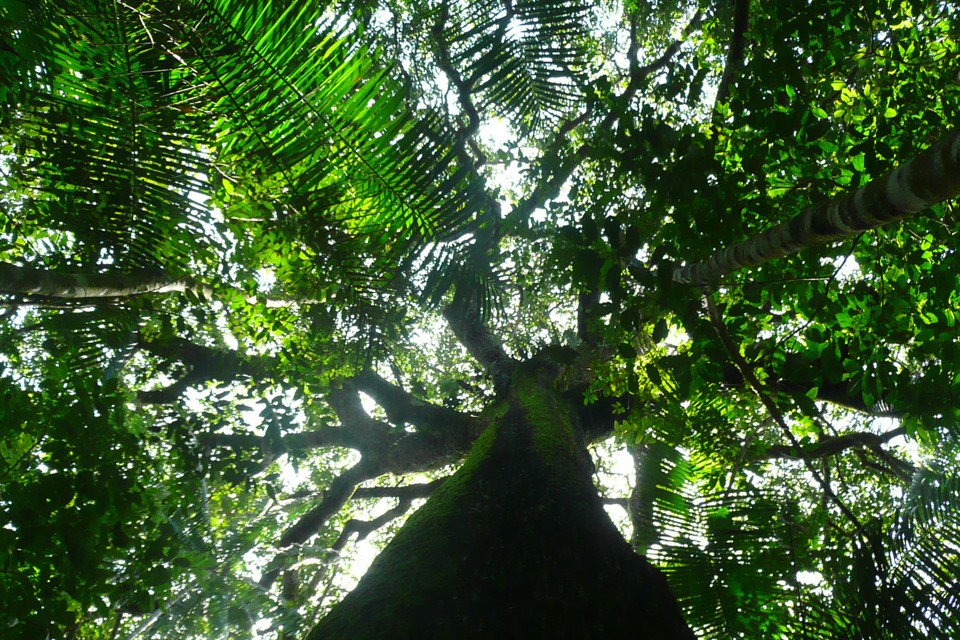 I’ve mentioned the “illusion of the ‘natural’” before. Instead of “noble savages” living in harmony with nature, continual evidence finds quite the opposite:

For more than a quarter-century, scientists and the general public have updated their view of the Americas before European contact. The plains and the Eastern forests were not a wilderness, but a patchwork of gardens, they’ve found. The continents were not vast uninhabited expanses but a bustling network of towns and cities. Indigenous people, we’ve learned, altered the ecology of the Americas as surely as the European invaders did.

Now, an expansive new study, published Thursday in Science and bearing the names of more than 40 co-authors, suggests that the human fingerprint can even be seen across one of the most biodiverse yet unexplored regions in the world, the Amazon rainforest.

For more than 8,000 years, people lived in the Amazon and farmed it to make it more productive. They favored certain trees over others, effectively creating crops that we now call the cocoa bean and the brazil nut, and they eventually domesticated them. And while many of the communities who managed these plants died in the Amerindian genocide 500 years ago, the effects of their work can still be observed in today’s Amazon rainforest.

…“This is the largest and more comprehensive study” to reveal that influence so far, he added. “It is is very sound, since it not only includes archaeologists (which have been stressing the larger role played by humans in shaping Amazonian forests), but also botanists and soil scientists, among other ‘hard scientists.’”

The paper brings together more than 80 years of research into both the ecology of the Amazon and the indigenous people who lived there. It collates data from two sources: the Amazon Tree Diversity Network, a long-running index of the animal and plant species who inhabit the rainforest; and a database of the archeological sites excavated around the Amazon.

…Some geographers, anthropologists, and indigenous people have all rejected the idea that the Americas were an untouched wilderness—“the pristine myth,” as they call this tale—since the early 1990s. (Fifteen years ago, it was the topic of 1491, Charles C. Mann’s article in The Atlantic, later a best-selling book.) But this paper further belies that myth in one of the most biodiverse places in the continent, suggesting that humans did not just farm in the Amazon but helped determine some of its major ecological communities.

Check out the whole article.