Brookings scholars Richard Reeves and Isabel Sawhill have an informative article in the Milken Institute Review that provides a nice summary of the research on social mobility. “So how are we doing?” they ask.

The good news is that economic standards of living have improved over time. Most children are therefore better off than their parents. Among children born in the 1970s and 1980s, 84 percent had higher incomes (even after adjusting for inflation) than their parents did at a similar age, according to a Pew study. Absolute upward income mobility, then, has been strong, and has helped children from every income class, especially those nearer the bottom of the ladder. More than 9 in 10 of those born into families in the bottom fifth of the income distribution have been upwardly mobile in this absolute sense.

That’s good news, but “[t]here’s a catch…Strong absolute mobility goes hand in hand with strong economic growth. So it is quite likely that these rates of generational progress will slow, since the potential growth rate of the economy has probably diminished.” Furthermore, “[i]f you are born to parents in the poorest fifth of the income distribution, your chance of remaining stuck in that income group is around 35 to 40 percent. If you manage to be born into a higher-income family, the chances are similarly good that you will remain there in adulthood. It would be wrong, however, to say that class positions are fixed. There is still a fair amount of fluidity or social mobility in America – just not as much as most people seem to believe or want. Relative mobility is especially sticky in the tails at the high and low end of the distribution. Mobility is also considerably lower for blacks than for whites, with blacks much less likely to escape from the bottom rungs of the ladder. Equally ominously, they are much more likely to fall down from the middle quintile.” 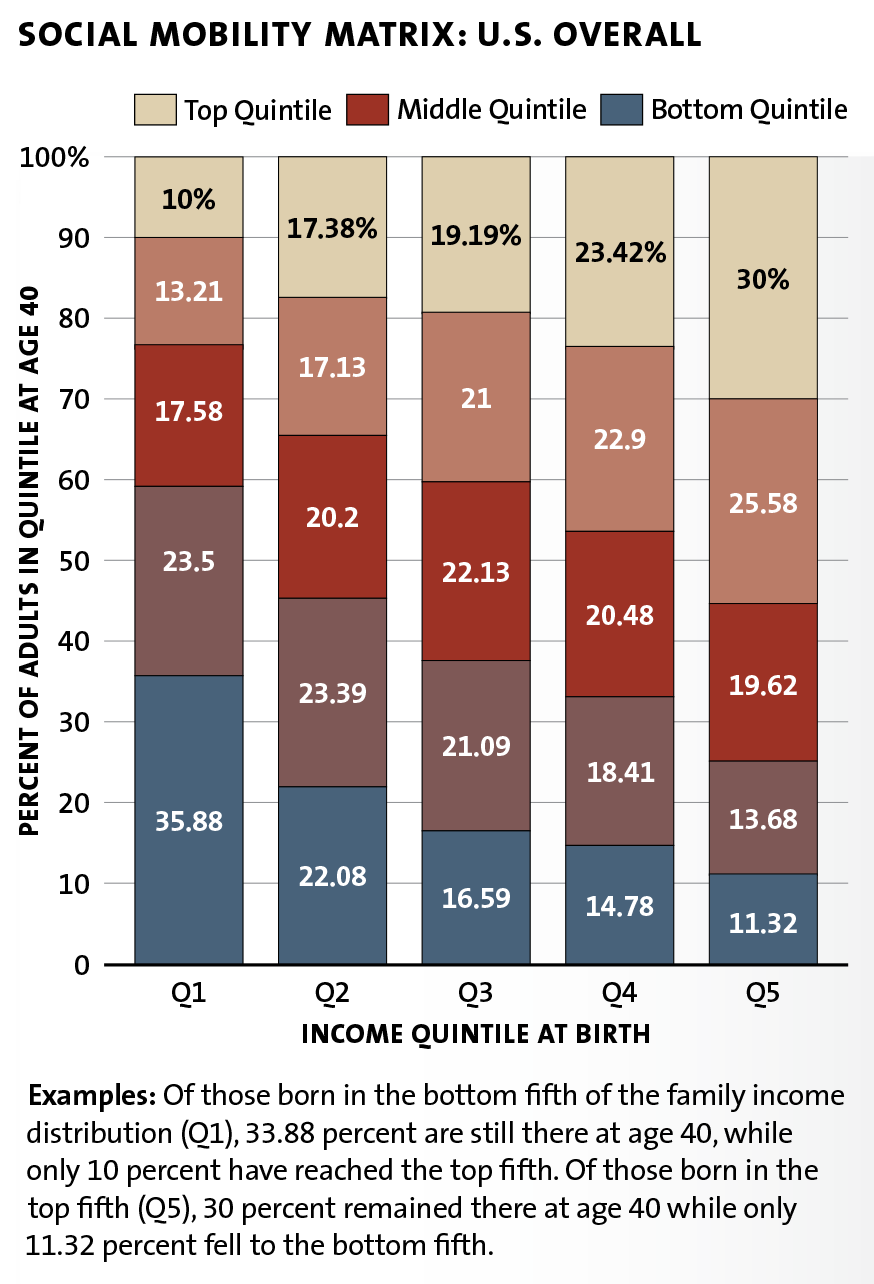 Some other interesting points: