Ready for the second minimum wage paper in a row today? A new working paper looks at the Danish experience, where the minimum wage increases drastically when individuals turn 18 years old. So what happens when individuals become adults? “Danish minimum wages cause an increase in average wages of 40 percent when workers reach age 18. This increase in wages causes a 33 percent decrease in employment when workers turn 18, almost all of which comes from job loss” (pgs. 30-31).

In a section of the paper that adds important new evidence to the debate, the authors look at the consequence of losing a job at age 18. One year after separation only 40% of the separated workers are employed but 75% of the non-separated workers are employed. Different interpretations of this are possible. The separated workers will tend to be of lower quality than the non-separated and maybe this is correlated with less desire to have a job. Without discounting that story entirely, however, the straightforward explanation seems to me to be the most likely. Namely, the minimum wage knocks low-skill workers off the job ladder and it’s difficult to get back on until their skills improve. 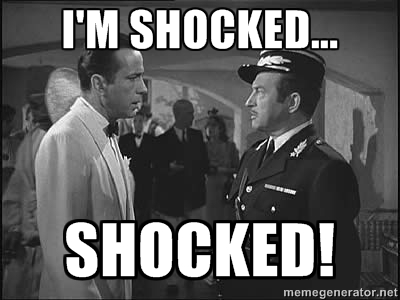