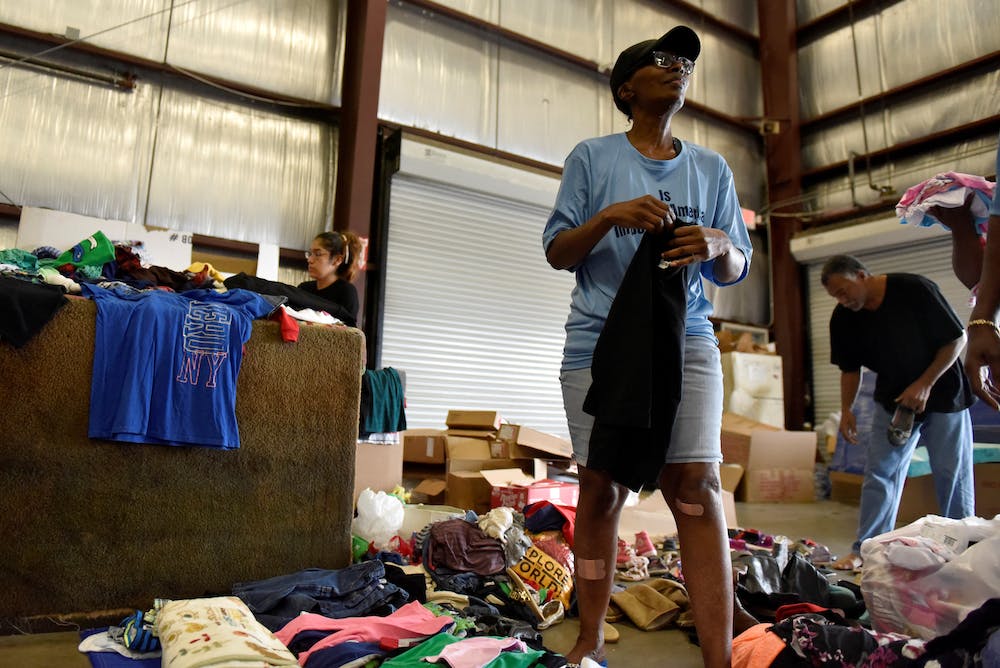 If you want to help after a disaster, that is. “As a researcher with the Harvard Humanitarian Initiative,” writes Julia Brooks,

…I’ve seen the evidence on dozens of disasters, from Superstorm Sandy to the South Asian Tsunami. It all points to a clear conclusion: In-kind donations of items such as food, clothing, toiletries and diapers are often the last thing that is needed in disaster-affected areas.

Delivering things that people need on the ground simply doesn’t help disaster-struck communities as much as giving them – and relief organizations – money to buy what they need. What’s more, truckloads of blue jeans and cases of Lunchables can actually interfere with official relief efforts.

If you want to do the greatest good, send money.

While ostensibly free, donated goods raise the cost of the response cycle: from collecting, sorting, packaging and shipping bulky items across long distances to, upon arrival, reception, sorting, warehousing and distribution.

Delivering this aid is extremely tough in disaster areas since transportation infrastructure, such as airports, seaports, roads and bridges, are likely to be, if not damaged or incapacitated by the initial disaster, already clogged by the surge of incoming first responders, relief shipments and equipment.

After the 2010 earthquake in Haiti, many untrained and uninvited American volunteers bringing unnecessary goods ended up needing assistance themselves.

In-kind donations often not only fail to help those in actual need but cause congestion, tie up resources and further hurt local economies when dumped on the market, as research from the International Federation of Red Cross and Red Crescent Societies determined.

Research confirms that a significant portion of aid dispatched to disaster areas is “non-priority,” inappropriate or useless.

One study led by José Holguín-Veras, a Rensselaer Polytechnic Institute expert on humanitarian logistics, found that 50 percent to 70 percent of the goods that arrive during these emergencies should never have been sent and interfere with recovery efforts. After the 2011 Joplin, Missouri tornado and the Tōhoku, Japan earthquake, for example, excessive donations of clothing and blankets tied up relief personnel. The situation was similar after Hurricane Katrina.

Relief workers consider these well-meaning but inconvenient donations as a “second tier disaster” due to the disruption they cause.

What’s more is that “emerging evidence suggests that disbursing cash is often the best way to help people in disaster zones get the food and shelter they need. What’s more, the World Food Program and the UN High Commissioner for Refugees say that people affected by disasters tend to prefer cash over in-kind aid due to the dignity, control and flexibility it gives them.”

This drives home the point that good intentions are not enough: evidence of effectiveness is necessary.