“Profit and profitability are…crucial–for society even more than for the individual business,” wrote the late Peter Drucker.

Yet profitability is not the purpose of, but a limiting factor on business enterprise and business activity. Profit is not the explanation, cause, or rationale of business behavior and business decisions, but rather the test of their validity. If archangels instead of businessmen sat in directors’ chairs, they would still have to be concerned with profitability, despite their total lack of personal interest in making profits. The root of the confusion is the mistaken belief that the motive of a person–the so-called profit motive of businessmen–is an explanation of his behavior or his guide to right action. Whether there is such a thing as a profit motive at all is highly doubtful…In fact, the concept is worse than irrelevant: it does harm. It is a major cause of the misunderstanding of the nature of profit in our society and of the deep-seated hostility to profit, which are among the most dangerous diseases of an industrial society…And it is in large part responsible for the prevailing belief that there is an inherent contradiction between profit and a company’s ability to make a social contribution. Actually, a company can make a social contribution only if it is highly profitable.1

Drucker goes a little too far (his dismissal of economic explanations is a bit, well, wrong), but I was nonetheless reminded of this with the passing of science fiction authior Ursula Le Guin. In her speech at the 2014 National Book Awards, she said, “Books aren’t just commodities; the profit motive is often in conflict with the aims of art.” This is because “we live in capitalism” and “its power seems inescapable.” I suppose that could be true of profit to an extent, but the best evidence we have suggests the opposite. Economist Federico Etro’s work has shown that profitability helped drive artistic innovation over the centuries. For example, in Renaissance Italy, Etro found

a slow decline in real prices up to the 1420s, when the real price of paintings starts a rapid increase that continued for all the rest of the century. This process is more spectacular for the expected profitability of painting (the index based on the baseline regression), which suggests that the artistic profession was becoming more profitable. The expected compensations of a young apprentice (unaware of his future talent) were increasing during the XV century. But a similar increase in profitability applies also conditioning on the talent of the painter: the index of the expected compensation of a given painter (the one based on the full regression with artists’ fixed effects) reaches levels in the 1480s that are about three times as those of the 1420s. This suggests that the quality of the active painters was increasing over time, but even the most talented artists during the mid 1400s could expect an increase in their compensations along their career. Finally, notice that in the first half of the XVI century the real price of paintings finally stabilized at a relatively high level, which, as I argued, was not differentiated between regions.

This evolution suggests a Schumpeterian pattern. Part of the artistic creativity associated with Renaissance, and the artistic innovations of this period, such as the introduction of exact perspective (since the 1420s), oil colors (around the 1470s), the sfumato (with Leonardo), the colorito (with Titian) and an impressive differentiation of styles, may be due to increasing profitability of the profession made possible by the increasing demand for artistic goods. My data do not allow me to test directly for causality, but show for the first time that the expected profitability of the artistic profession was increasing rapidly during the XV century compared to the profitability of other professions (since we adjust prices for the purchasing power in terms of unskilled work). We should not underestimate the opinion of a privileged contemporary, Vasari, who repeatedly cited competition as a main driver of the achievements of the Florentine painters[.]

…An economic perspective suggests that it was the unprecedented increase in relative demand for artistic goods by wealthy patrons ready to compete for (and able to judge) quality in an interregional market that attracted large enough groups of painters in towns such as Florence, Venice and Rome. Competition incentivized these painters to differentiate styles and compete in quality, where higher quality was interpreted as the ability to solve a series of new technical problems in the realistic reproduction of the world in painted images. Under these rules of the game, positive externalities from the close interaction of painters in these towns strengthened their innovative ability (pgs. 25-28). 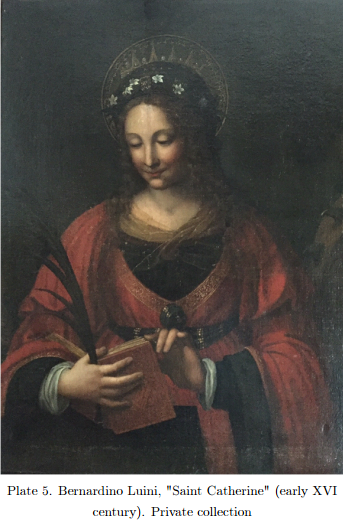 This was also true in Baroque era Italy:

We have studied the Italian market for oil paintings of historical subject during the Baroque era through econometric analysis of a unique data set containing the prices derived from the original contracts. Our main purpose was to show that looking at the market for paintings as a fully fledged market could shed light on the determination of the prices of some of the most valuable handmade objects of humankind. The market for oil paintings was extremely competitive and populated by players very similar to what we may now define as representatives of the homo economicus.

…In a celebrated historical account of the demand for art in the Renaissance period, Richard A. Goldthwaite has pointed out that Italian cities have generated the first modern markets for durable luxury goods, which have been at the origins of modern capitalism based on consumerism. “Today the consumer instinct is taken for granted: the challenge to producers is to introduce new products, reduce prices, and change fashion… If, on the one hand, we decry what this consumerism has developed into in our own times, with its commodity culture of planned obsolescence, throwaway goods, and fashion-ridden boutiques, on the other hand, we have enshrined its very spirit in our great museums. These veritable temples to the consumption habits of the past, where we worship as art one of the dynamics that gives life to the economic system of the West, mark the supreme achievement of capitalism.” The market for paintings in the sixteenth-seventeenth century is not only one of the first markets for durable luxury goods of the modern capitalistic society. Its surviving documentary evidence and even its surviving products are witnesses that it was also one of the first markets to follow the main laws of economics and rational market behavior (pg. 437).

Etro has found similar patterns in the Venetian Republic between 1550 and 1750, Amsterdam during the Golden Age, and the Spanish Golden Age. Profitability and market forces don’t necessarily inhibit art. Most of the time, they allow art to flourish.