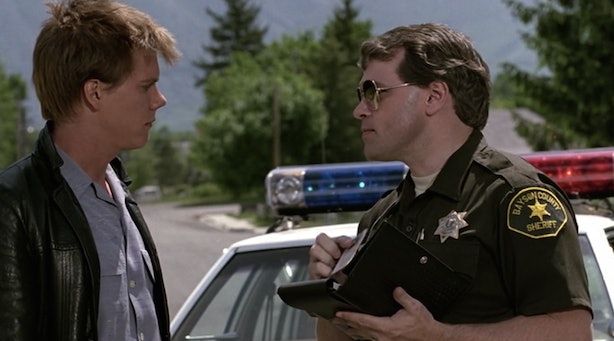 That seems to be the case, according to a new study. The researchers explain,

There has been significant scholarly attention recently to the issue of excessive law enforcement violence (Fryer 2016; Legewie and Fagan 2016; Shjarback 2015; Shane, Lawton, and Swenson 2017; Stickle 2016), some of which has trained on the role of collective bargaining (Huq and McAdams 2016; Rushin 2017). No previous work, however, has offered empirical evidence of the causal role that unionization or collective bargaining play in the performance of law enforcement. We offer such evidence by exploiting a January 2003 change in Florida labor law. By a judicial decision that month (Williams), county sheriffs’ deputies won for the first time the right to organize for collective bargaining. Before and after that date, municipal police officers had the right to engage in collective bargaining. We examine how Williams affected complaints of misconduct against law enforcement personnel at these two types of agencies.

Our analysis uses a dataset on Florida law enforcement agencies – covering both county sheriffs’ offices (SOs) and city police departments (PDs) – that begins in 1997 (our primary tests use data for 1997-2010). This dataset combines annual Criminal Justice Agency Profile (CJAP) surveys conducted by the Florida Department of Law Enforcement (FDLE) with administrative data from the FDLE on law enforcement officers and on complaints and disciplinary actions against officers. We analyze in particular the number of complaints at the agency-year level against officers affiliated with each agency. Our empirical strategy involves the use of a difference-indifference framework, in which the treatment group consists of SOs (that were affected by Williams) and the control group consists of PDs (that were unaffected). Officers assigned to agencies in the treatment and control groups perform similar job functions (Pynes and Corley 2006, p. 299). Likewise, similar pools of applicants seek employment with SOs and PDs, and there is lateral movement by officers between the agency types (Baker 2017a).

We begin by showing that Williams led to substantial unionization among SOs. This occurred over a three-year period following the decision, and then stabilized; thus, our primary specifications use a three-year lag of the variable of interest (an interaction between the post-2003 years and an indicator for SOs). Our baseline analysis uses a Poisson maximum-likelihood model in order to accommodate count data on complaints. We control for agency and year fixed effects and for an extensive set of controls (including demographic variables, local economic conditions, and local crime rates). The central result is that collective bargaining rights led to about a 27% increase in complaints of officer misconduct for a typical SO. We also find some evidence that, for agency-years with positive numbers of complaints, the number of state disciplinary actions against officers also increased. We argue in Section 5 below that this suggests that the increased complaints against SOs were not accompanied by a decrease in the seriousness of these complaints.

When adding an extensive set of leads and lags to the basic model, we find that the difference-in-difference estimate is small and statistically insignificant for “false experiments” (or placebo tests) in years prior to 2003, suggesting that the results are not attributable to a preexisting trend toward more complaints against SOs. In a linear framework, the result is robust to adding linear agency-specific time trends and county-by-year fixed effects. Taken together, the results on prior years and on agency-specific time trends suggest that the parallel trend assumption that is crucial in the difference-in-difference framework is satisfied here. This supports a causal interpretation of our findings on the impact of collective bargaining rights, despite numerous factors we describe below that create a bias against our results (pgs. 2-3).