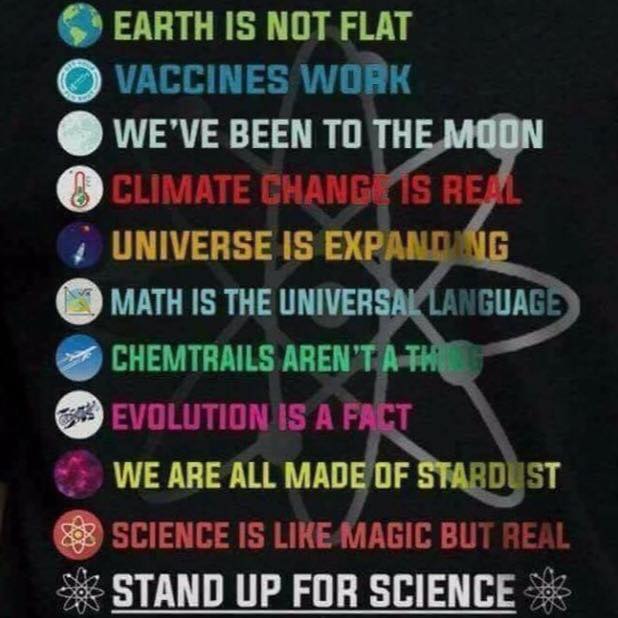 …I can’t help but notice it’s missing a few lines. GMOs are safe. Humans begin as zygotes. And nuclear energy is efficient.

Ronald Bailey, the science correspondent for Reason, brought that last fact to my mind when he recently published the article “How We Screwed Up Nuclear Power.”

The Oyster Creek Nuclear Generating Station in New Jersey opened in 1969. It cost $594 million (in 2017 dollars) and took four years to build. America’s newest nuclear plant, at Watts Bar in Tennessee, opened in 2016. It cost $7 billion and took more than 10 years to complete.

What happened? Anti-nuclear activism and regulation.

In general, scientists are a lot less concerned about nuclear power than the general public is. According to Pew Research, 65% of AAAS members–including 75% of working engineers and 79% of working physicists Ph.D’s–favor building more nuclear power plants, compared to only 45% of the public. If we are defining “pro-science” as “recognizing and agreeing with the majority view of scientists in the field,” then being pro-science would include being pro-nuclear energy.