Far from taking jobs away from Texans, Mexicans are helping create additional employment opportunities, providing valuable labor for a growing economy and helping the deepening integration with Mexico, according to the Texas-Mexico Center at Southern Methodist University.

…The study  relied on data from the U.S. Census Bureau and its Mexican counterpart, known as INEGI. The study, with contributions by the Bush School of Government at Texas A&M University, the Federal Reserve Board of Dallas and Colegio de Mexico in Mexico City, stressed the importance of labor from Mexico, which is in decline in many parts of the United States.

Underscoring the trends is the 1994 North American Free Trade Agreement, or NAFTA. The trade accord led to a dramatic economic transformation that fueled a shift in goods, products and movement of people, factors that over the years have impacted cities and regions. For instance, supply chains and cultural integration deepened in cities such as Dallas as Mexico-based companies moved into North Texas along with their products — from tortillas to pasta to  Topo Chico —  and, of course, more workers.

Some of the study’s findings include: 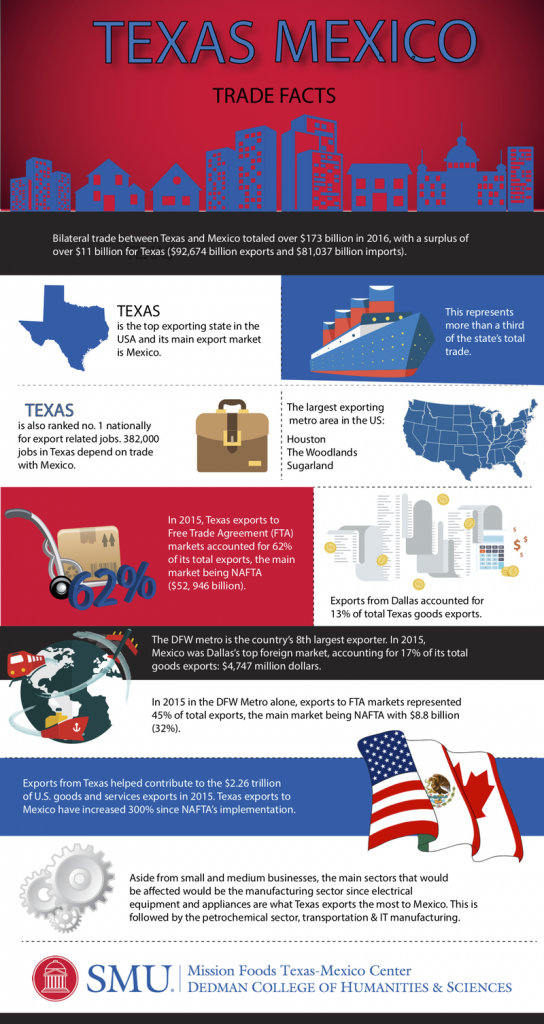 The preliminary findings can be found here.