Pew Research published this report last fall, but it surfaced in my newsfeed yesterday when they asked followers to take the Political Typology quiz. Pew categorizes the Right and Left as follows:

And then somewhere in the middle are the Bystanders: A relatively young, less educated group that pays little or no attention to politics.

A few notes, in no order:

There’s a whole lot more detail in Pew’s Report here if you want to check it out. (Scroll to the bottom to see there are least 14 pages of the report.) 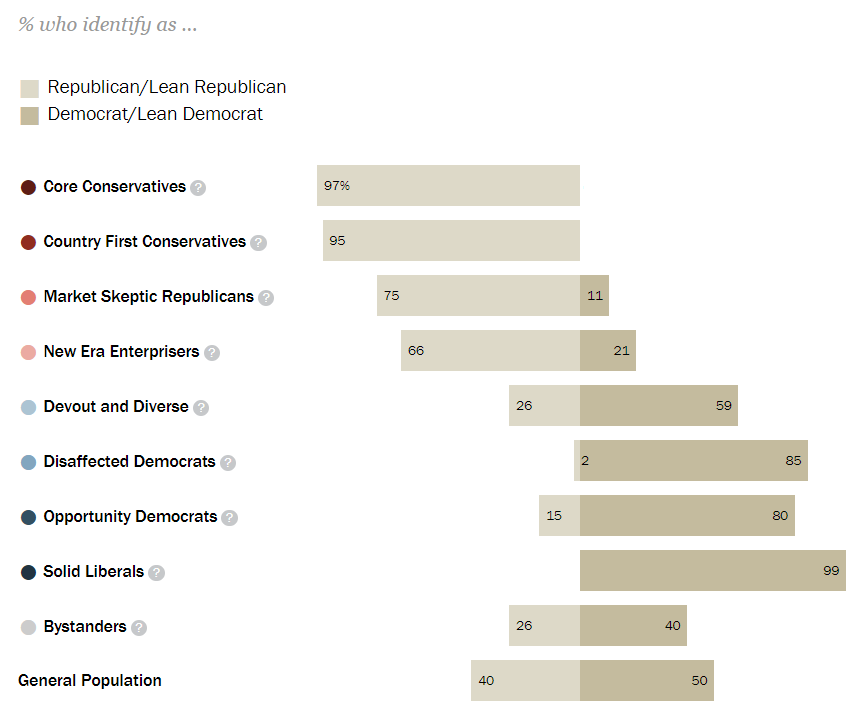