I’ve written a lot of about political knowledge (or the lack of). A recent Pew study tests Americans’ religious knowledge and the results aren’t exactly inspiring. When it comes to Christian or biblical basics, the majority of the population answers correctly. Less so when it comes to Islam, but still a majority. 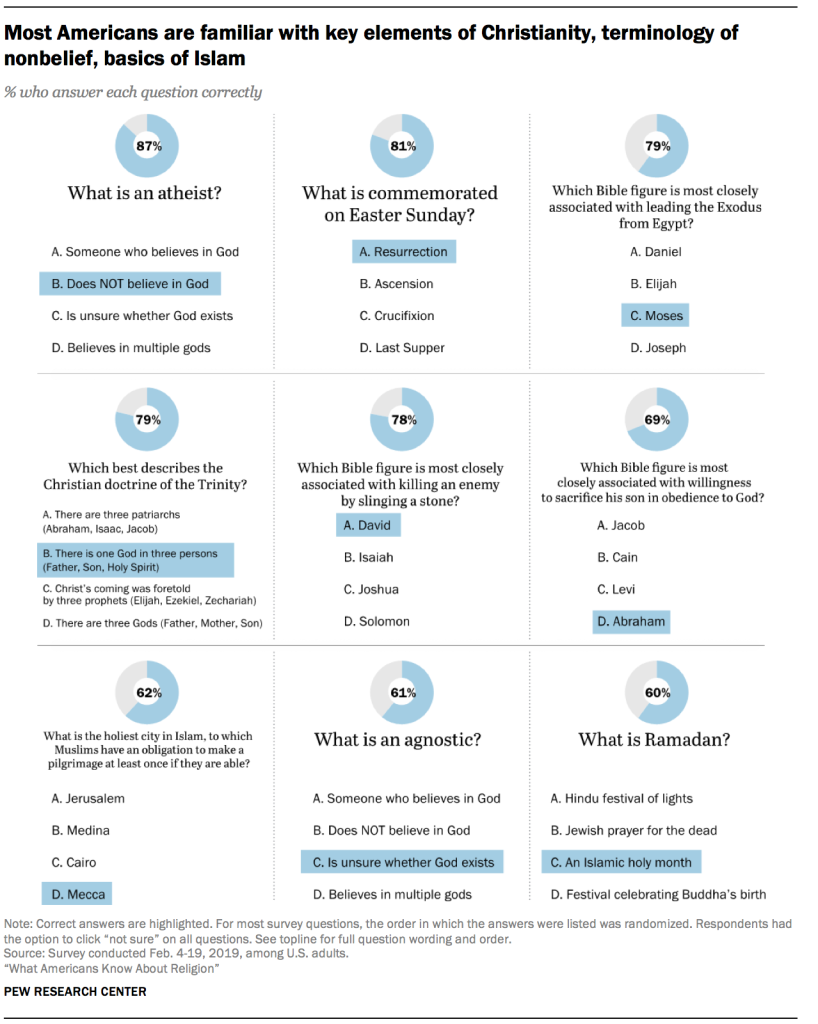 When you start to move beyond these religions, however, the knowledge drops drastically. 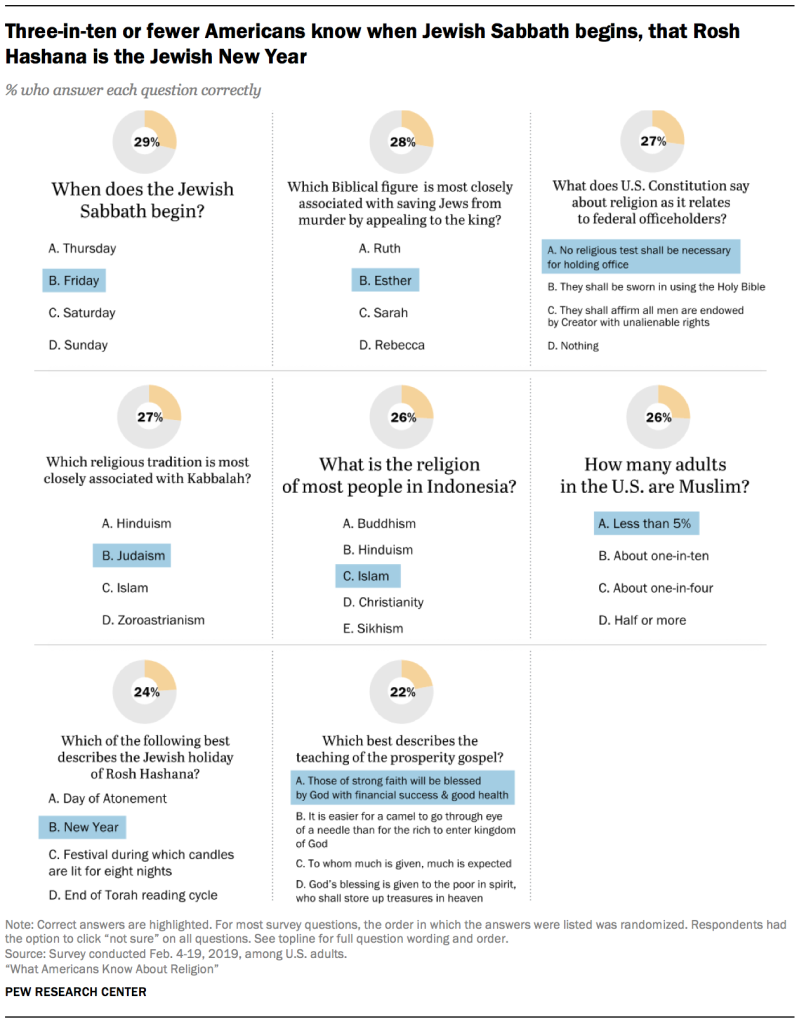 The next bit reminded me of an incident at church a few years back. During a lesson, the teacher made a comment about how he “never asks about other people’s religion, but they always ask me about mine.” He took this as evidence of the “truthfulness” of Mormonism. I did not hesitate to point out that their curiosity likely had less to do with the Church’s “truthfulness” and more to do with us being a supposedly weird, polygamous cult with a different book. I then noted that learning about other religions improves interfaith dialogue by allowing us to better communicate with those of different faith backgrounds.

As the data below demonstrate, that teacher was not alone: Mormons are some of the most well-versed when it comes to the Bible and Christianity, but some of the least knowledgeable regarding other religions.

Overall, it appears that American religious literacy is pretty meh.