I graduated high school in 1999, so I was there for the late-90s swing revival that was to a large degree kicked off by the Cherry Poppin’ Daddies (charming title, right?) single “Zoot Suit Riot”. I saw Reel Big Fish live, enjoyed local band Fighting Gravity, and listened to my bargain-bin find Land of the Rising Ska endlessly.

This was all a few years before Wikipedia launched, however, and even more years before we all developed the knee-jerk reaction to look up any unfamiliar word or phrase instantly to learn more about it. By the time I developed that habit, ska, swing revival and Zoot Suit Riot were all far from my mind.

Until just a couple of days ago when a random blog post about cover art for an obscure new novel pointed out that the protagonist was depicted wearing a zoot suit. Wait, what? A zoot suit is a real thing? Yes, it is: 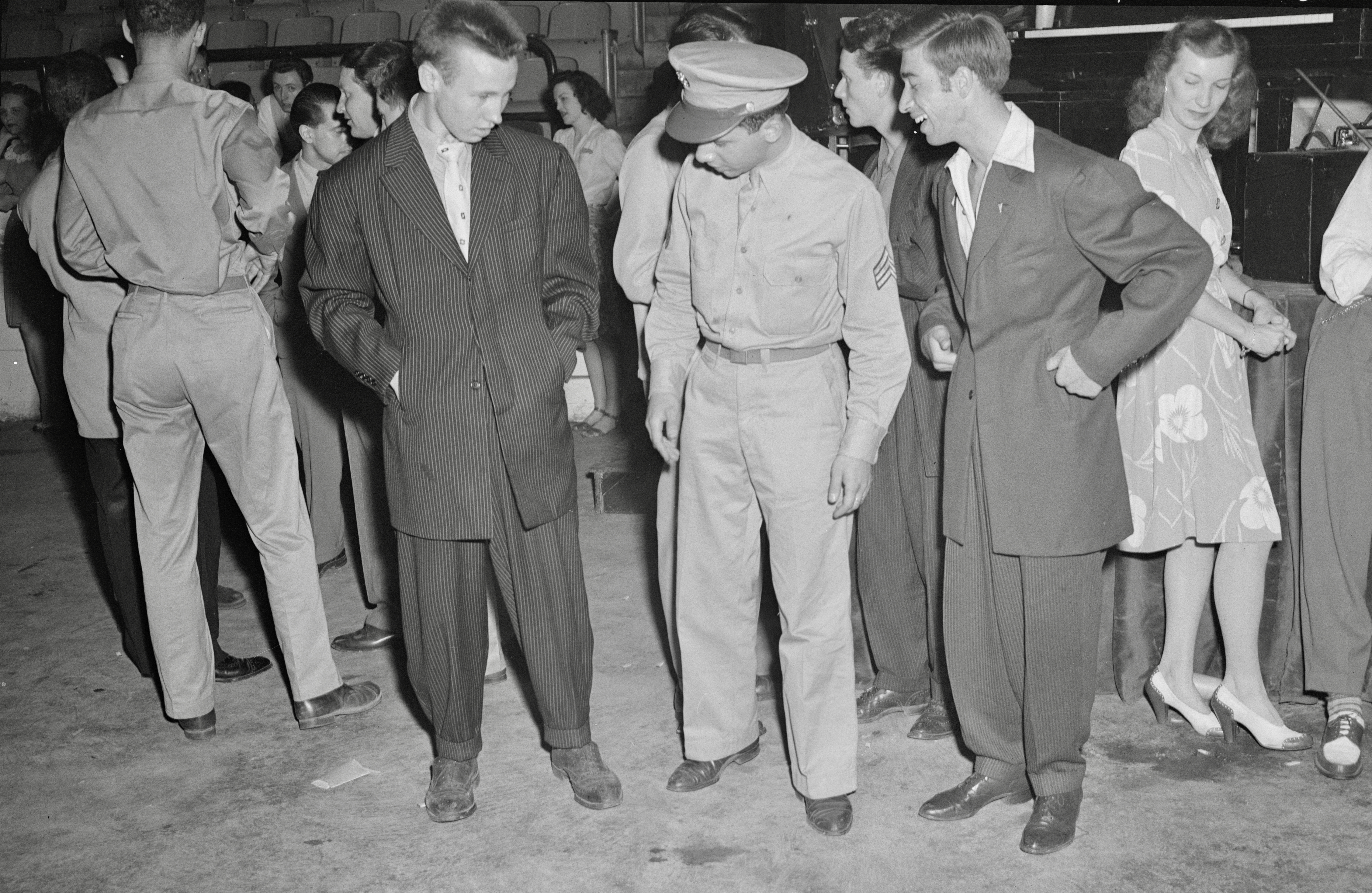 The Zoot Suit Riots were a series of riots in 1943 during World War II that exploded in Los Angeles, California, between white sailors and Marines stationed throughout the city and Latino youths, who were recognizable by the zoot suits they favored. Mexican Americans and military servicemen were the main parties in the riots, and some African American and Filipino/Filipino American youth were involved as well.

So this is all intrinsically interesting. (To me, anyway.) It’s cool to learn new history and I’ve definitely recognized zoot suits from movies and stuff without realizing they had a name. Now I know! But what I really learn from experiences like this is how little I know. I’ve written a lot about epistemic humility (especially at Times And Seasons, also the podcast I did), and one of the reasons I got so fascinated with the idea was experiences like this. In just a few minutes with an internet connection, entire vistas of history, fashion, or human experience that you had no idea existed are suddenly revealed.

Now you know something that you didn’t, and that’s cool, but doesn’t it make you wonder about how much you still don’t know? It makes me wonder about that. I feel like my brain is a thimble and the amount of information available on Earth is an ocean.