This is the best football analysis that I’ve ever read. I guess that’s one  of the advantages of the supremacy geek culture, now even sports analysis has some statistical sophistication!

If you think that tells you that the Ravens1 elevated their game when they needed to, I can’t agree. What it really tells us is that we know way less about teams than we really think we know. Every recent piece of information we had about the Ravens heading into the postseason suggested that they were a floundering team limping in by virtue of a successful start to the season, some lucky bounces, opposing injuries, and strong performance in close games. Baltimore started 6-1 in games decided by a touchdown or less, with its only loss to Philadelphia, of all teams, before losing their final three such contests. We had a clear curve for Baltimore’s true level of play, and it was trending further and further downward. And yet, from that point forward, everything we thought we knew about the Ravens was wrong. For every power rankings article you read in November and every set of odds you saw in December, nobody had any idea that the Ravens were capable of putting together a four-game stretch this good. Was “play like the best team in football” really a switch they were waiting to turn on during the playoffs? Or were they capable of this all along and just hadn’t yet exhibited this level of play?

The one disagreement I had is with the analysis of momentum. Bill Barnwell thinks that there’s no reason to believe that the lights-out at the Super Bowl could plausibly have changed the momentum of the game.

Why was the blackout supposed to offer the 49ers momentum, anyway? Because it stopped Baltimore in their tracks for a half-hour after they had been dominating the game? If that really made a difference, why wouldn’t halftime have accomplished that?

I thought about that while I was watching the game, and I think the difference is that the halftime is expected. In terms of really getting your mind clear, that’s not going to do it. The random 34-minute lights-out would have been much better at creating a real and genuine break in the mental state of the players. Other than that: great analysis! 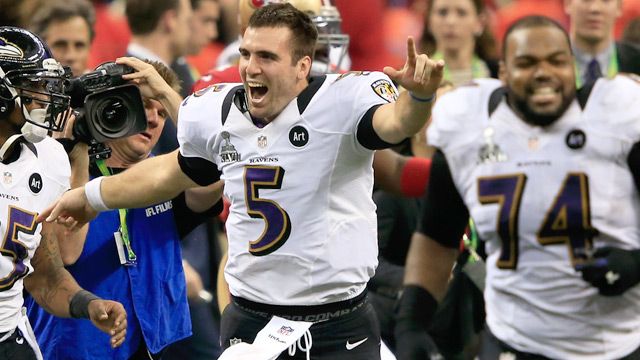