I have been getting daily emails from Foreign Policy magazine that I don’t read, and I was about to cancel them, when instead I decided to read one instead. Glad I did! There were lots of interesting international news stories I wouldn’t usually hear about, and this was the one that caught my eye the most: Mexican vigilantes set aside masks, checkpoints (Miami Herald). 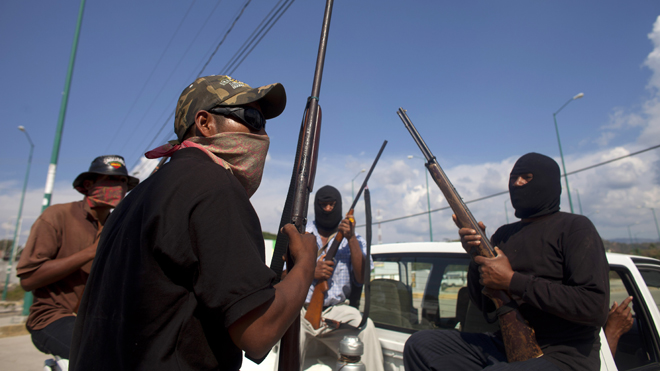 Did you know that there were masked Mexican vigilantes armed with old, small-caliber weapons (Mexico has tight gun-control laws, so only the cartels and police are well-armed) had been setting up their own checkpoints to try and combat crime? I did not. It makes a lot of sense, though. Read the whole article for a description of the history, nature, and future of Mexico’s diverse and controversial vigilante groups. (Image from FoxNews.)