So I guess everyone’s making lists on the Internets now. I’m not sure when it became a thing, but it is certainly a thing. And Business Insider (?!) wants in on the action, so here they are with The 12 Most Controversial Facts in Mathematics. Leaving aside the silliness of the name, some of these are actually really good mind-benders. In fact, they led off with my favorite: The Monty Hall Problem. What’s best, however, is that this was the first example I’ve ever read that actually made some intuitive sense to me! 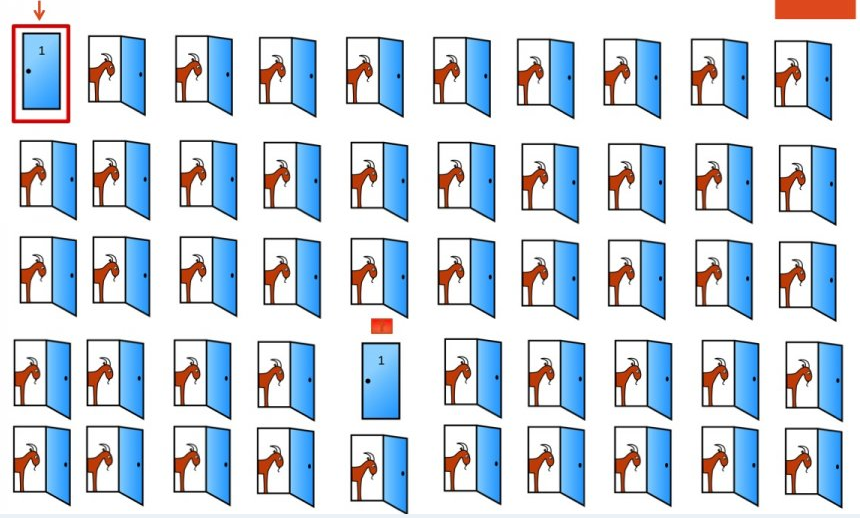 Believe it or not, that image will make sense after you check out the article!

The rest of the 12 are less exciting, in my mind, but the illustrations are pretty cool and the explanations are good so it’s worth a read. (Estimating pi by throwing darts at a dartboard was also pretty cool…)

2 thoughts on “True Math Facts That Will Blow Your Mind”