CNN has a cool article with great pictures showcasing the size and position (relative to their own stars) of some possibly life-sustaining planets. 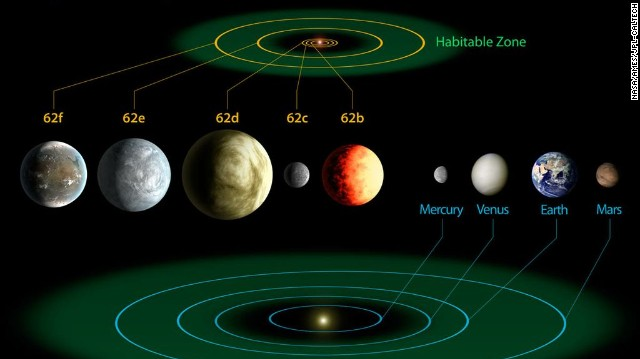 There’s no direct evidence that the planets support life. They just happen to be somewhat close to the size of Earth (these particular ones are all larger) and also exist within the “habitable zone”, which is the distance from their own stars where temperatures would possibly support life similar to what we know (e.g. the possibility of liquid water). One of the cool things about the exoplanet research so far is that rocky planets are being found frequently–and often larger than the Earth–while gas giants are being found in much closer orbits than scientists had expected.

These are exciting times!