The Economist has one of the only truly honest stories about the gun control debate in this country that I’ve ever read. 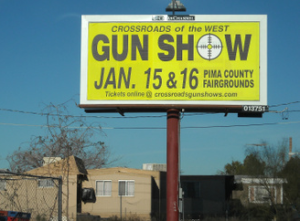 The mantra of the gun-control crowd following the tragedy in Newtown has been that no one wants to come after your Second Amendment rights. The only objective is to protect little children. A lot of people who don’t think about the issue much at all seem to have swallowed this rhetoric, which is why there is a lot of genuine anger about the Senate’s failure to get even the smallest change into effect: closing the gun-show loophole by requiring private sales to also go through the background check system. And I’m going to be honest: I’m really surprised that that initiative failed, and even more stunned that it failed in the Senate. Part of the reason President Obama was so furious is that he assumed that if it failed it would fail in the House and therefore be attributable to the GOP. Gift-wrapped 2014 issue, here we come. The fact that it failed in the Senate, still under Democratic control, not only robs the Democrats of a potentially lucrative political opportunity, but also indicates that the whole issue might be practically irrelevant in the 2014 midterms. But I digress.

The point I was originally making is that it is absurd to think that any of the proposed changes would have any impact on gun crime, either on spectacular (but rare) mass-shootings or on mundane (but tragically common) gun violence. The only way to have a significant impact on either metric via gun control is to significantly reduce the number of guns in circulation. In other words, the Second Amendment (as it is presently understood), absolutely is the target. Anyone who says otherwise is ignorant or lying.

Which is why I found this article so refreshing. First of all, it gives a relatively balanced and fact-based assessment of the practical implications of expanding background checks. Secondly, it goes on to put the background check legislation in honest context:

This gets at the crux of the debate over gun control. Background checks are fine, but more background checks are better, and even stricter regulations are better than that at preventing guns from getting into the hands of criminals. As my colleague has stated, the gun control that is most effective is no guns at all. Honest gun-control advocates will admit that the bill that failed last week was merely a first step towards more regulation. Sure it was weak and flawed, but as Barack Obama said, it represented “progress”.

And so, with that clear-eyed perspective on what was going on in this particular case, the article can also present the NRA’s response accurately:

The question asked and answered by the National Rifle Association and those in its thrall was, “Progress towards what?” They know that the endgame for gun-control advocates is not expanding background checks to private sales at gun shows and online. They too saw the bill as the start of a longer-term attempt to place greater restrictions on guns in America. And that’s why they vehemently opposed a sensible measure with minimal impact.

The consequence of all this is simple: we’re not likely to see any incremental changes in gun control legislation without some kind of progress on the much larger question of the long-range future of guns in the United States.

2 thoughts on “The Truth About Gun Control Legislation in America”