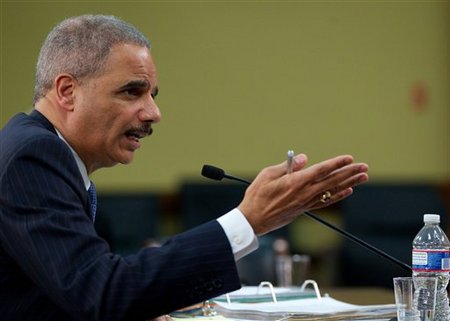 So, in my last post, I said I wasn’t sure if either the Benghazi or the IRS scandals would continue to snowball. What I didn’t expect, however, was that there would be another scandal. I’m not seeing a lot of secondary coverage from the talking heads yet, but news broke today that:

The Justice Department secretly obtained two months of telephone records of reporters and editors for The Associated Press in what the news cooperative’s top executive called a “massive and unprecedented intrusion” into how news organizations gather the news.

So, the DoJ was spying on 20 different phones lines used by approximately 100 different journalists in order to find out who leaked information about a May 2012 foiled terror plot. That’s a valid subject for investigation, of course, but as Issa put it:

They had an obligation to look for every other way to get it before they intruded on the freedom of the press.

So, we’ll still have to wait to see what happens with the other two proto-scandals, but in the meantime we’ve got a third. Will this finally turn the press against President Obama? Before the re-election, I doubt it. Now? I still doubt it, but it seems more possible.