As the old saying goes: “Just because you’re paranoid doesn’t mean they aren’t after you.”

Last week has not been kind to the Obama administration in that regard. I watched a lot of the Benghazi hearings on C-SPAN while I was working, and to me it seemed clear that the most explosive accusation the GOP has been making is still completely unsubstantiated. There’s no evidence (that I’ve seen) that President Obama or anyone else refused to send military aid that could have arrived on time and would have made the difference. On the other hand, there seems to be pretty overwhelming evidence that the Administration willfully and knowingly lied to the American people in the immediate aftermath of the attacks and then doubled-down on the first set of lies. And it looks like even the non-paranoid, mainstream media outlets are taking notice. 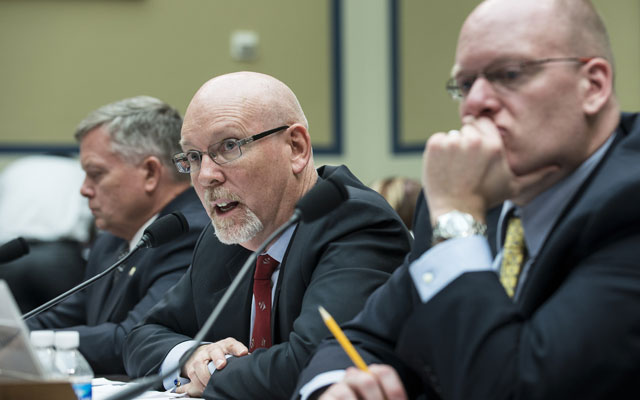 The New Yorker, for example, has a piece with the headline Spinning Benghazi. And it gets right to the main evidence of deception:

On Friday, ABC News’s Jonathan Karl revealed the details of the editing process for the C.I.A.’s talking points about the attack, including the edits themselves and some of the reasons a State Department spokeswoman gave for requesting those edits. It’s striking to see the twelve different iterations that the talking points went through before they were released to Congress and to United Nations Ambassador Susan Rice, who used them in Sunday show appearances that became a central focus of Republicans’ criticism of the Administration’s public response to the attacks. Over the course of about twenty-four hours, the remarks evolved from something specific and fairly detailed into a bland, vague mush.

From the very beginning of the editing process, the talking points contained the erroneous assertion that the attack was “spontaneously inspired by the protests at the U.S. Embassy in Cairo and evolved.” That’s an important fact, because the right has always criticized the Administration based on the suggestion that the C.I.A. and the State Department, contrary to what they said, knew that the attack was not spontaneous and not an outgrowth of a demonstration. But everything else about the changes that were made is problematic. The initial draft revealed by Karl mentions “at least five other attacks against foreign interests in Benghazi” before the one in which four Americans were killed. That’s not in the final version. Nor is this: “[W]e do know that Islamic extremists with ties to al-Qa’ida participated in the attack.” That was replaced by the more tepid “There are indications that extremists participated in the violent demonstrations.”

Even more than just reciting the evidence, however, the article goes on to editorialize:

(Even if we accept the argument that State wanted to be sure that extremists were involved, and that they could be linked to Al Qaeda, before saying so with any level of certainty—which is reasonable and supported by evidence from Karl’s reporting—that doesn’t fully explain these changes away.)

Ouch. It’s not hard to shrug off GOP accusations as just conspiracy theorizing or partisan politics, but when you’ve got New Yorker writers agreeing, that’s another story altogether. Where will this go from here? I still think that there isn’t the kind of smoking gun relating to the attacks themselves, but as they say: “it’s not the crime, it’s the cover-up”. There is obviously a cover-up, and it’s ongoing. Jay Carney is still doubling-down on the initial lie that the White House had nothing to do with the edits (except for changing two words), but no one is buying it. The New Yorker even compared Carney’s word-games to Bill Clinton’s semantic juggling around the Lewinski Affair. That’s not a great precedent. (Then again, Clinton survived.)

That would be a story in and of itself, but there’s another story that broke last week as well: the IRS has been singling out conservative non-profit groups for special scrutiny going back to 2012. The initial article stated that this wasn’t for political purposes (really?) and that high-level IRS officials didn’t know anything about it. I was dubious, but it still surprised me when Joe Klein expressed even stronger skepticism than I felt. Writing for Time, Klein not only scoffs at the suggestion that there weren’t partisan motivations behind the program, but also goes farther and puts Nixon and Obama on the same page:

Previous Presidents, including great ones like Roosevelt, have used the IRS against their enemies. But I don’t think Obama ever wanted to be on the same page as Richard Nixon. In this specific case, he now is.

That’s not good. And, like Benghazi, the news on this one seems to be getting worse. The Wall Street Journal reports:

The Internal Revenue Service’s scrutiny of conservative groups went beyond those with “tea party” or “patriot” in their names—as the agency admitted Friday—to also include ones worried about government spending, debt or taxes, and even ones that lobbied to “make America a better place to live,” according to new details of a government probe.

The investigation also revealed that a high-ranking IRS official knew as early as mid-2011 that conservative groups were being inappropriately targeted—nearly a year before then-IRS Commissioner Douglas Shulman told a congressional committee the agency wasn’t targeting conservative groups.

So, in the space of just a couple of days, the news has gone from an extremely limited filter (for groups with “tea party” or “patriot” in their name) to a much more sweeping program, and the story has gone from “high ranking IRS officials never knew” to “they’ve known since 2011, and they lied about it.” (Those aren’t real quotes. That’s me writing faux-dialogue. Just to be clear.) We’ve got Republicans calling this “absolutely chilling”, and that would normally be a non-event, but it’s not Issa (the GOPs go-to guy for dirty accusations). It’s Susan Collins. From Maine. (Described by Time as one of “the last survivors of a once common species of moderate Northeastern Republican.”)  She went on, saying:

This is truly outrageous. And it contributes to the profound distrust that the American people have in government. It is absolutely chilling that the IRS was singling out conservative groups for extra review. And I think that it’s very disappointing that the president hasn’t personally condemned this and spoken out. 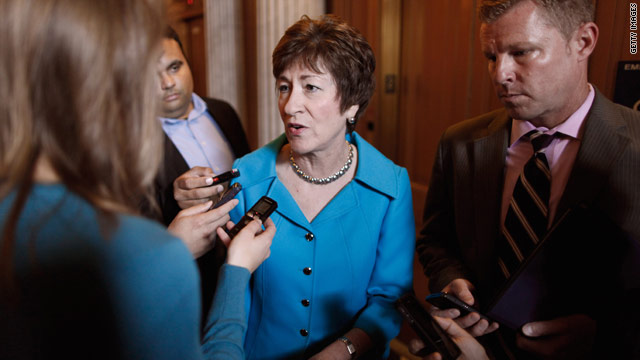 I get that Collins might be working in some extra-credit with the GOP machine where she can do so while maintaining her moderate stance, but the fact that she can go after the White House while maintaining her moderate cred shows that the nature of these accusations has changed. Now that Time and the New Yorker are treating this as a real story, moderate Republicans can too. It’s not just for the kook fringe anymore. I’m even hearing that the IRS was targeting Jewish groups as part of an effort to also scrutinize pro-Israel non-profits. This morning, Glenn Beck claimed that he’s got the questionnaire the IRS sent some non-profits, and that they include incredibly intrusive political questions. True? I don’t know. But that’s the whole problem: the events of last week confirm some of the accusations that have so far been dismissed as coming from the lunatic fringe. And it makes everyone wonder: what’s next?

I don’t know if anything will come next, but I’m well and truly disgusted with what I’ve learned already. I don’t think that deliberately lying to the American people is the kind of things that’s remotely unique to Democrats. (Not even a little bit!) But I sure wish it was still the kind of thing that actually came with real consequences. That’d be a nice country to live in: one where public officials actually paid a penalty for deceiving the people they’re supposed to “serve”.

1 thought on “Just Because You’re Paranoid…”