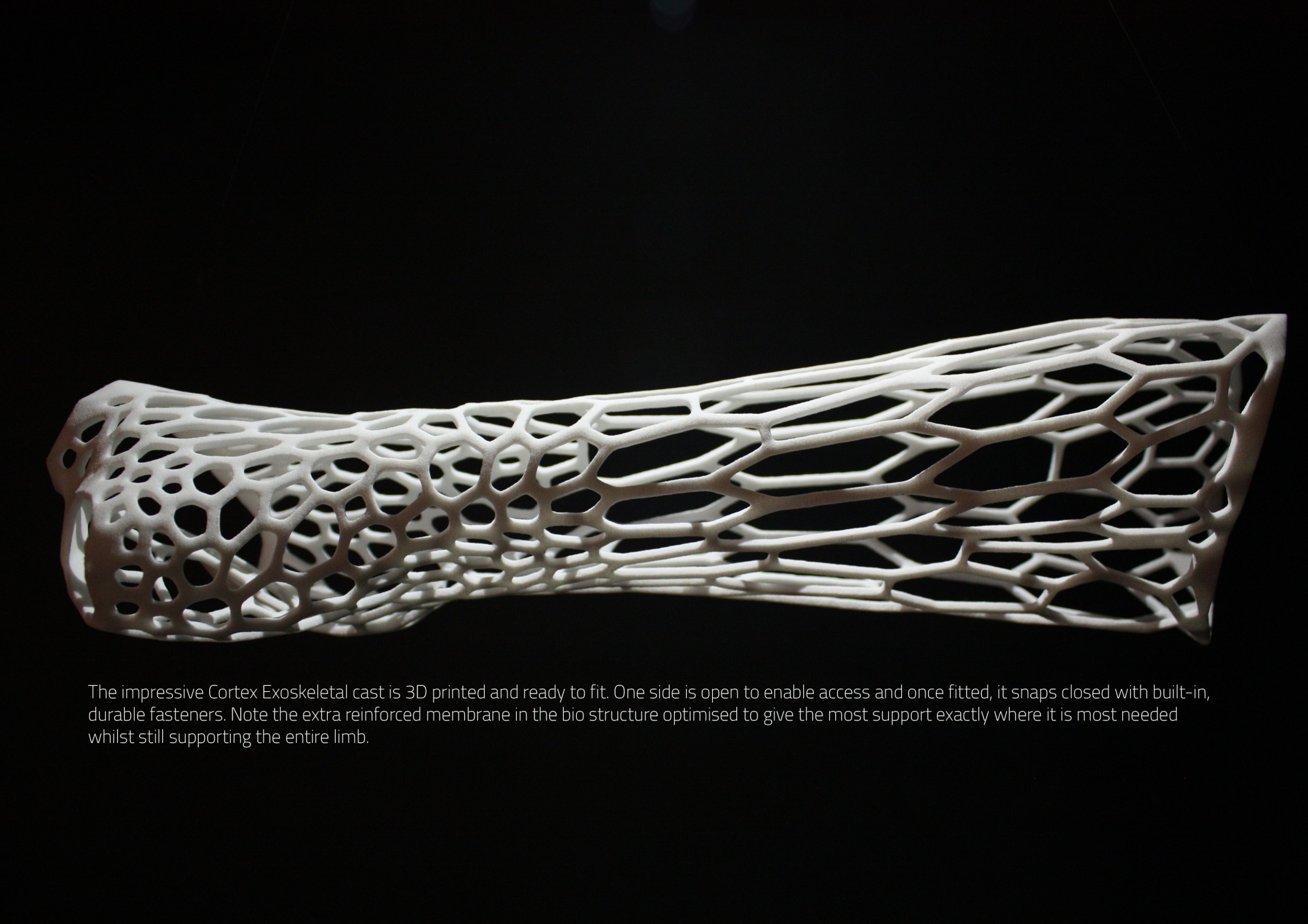 Jake Evill has a pretty good point: the standard plaster cast is not exactly 21st century technology. As he puts it:

After many centuries of splints and  cumbersome plaster casts that have been the itchy and smelly bane of millions of children, adults and the aged alike, the world over, we at last bring fracture support into the 21st century. The Cortex exoskeletal cast provides a highly technical and trauma zone localized support system that is fully ventilated, super light, shower friendly, hygienic, recyclable and stylish.

The concept is simple and fantastic: get a 3d scan of your arm (leg, whatever) and then print out a custom-fitted exoskeletal “cast” that gives support and protection without being smelly and gross and uncomfortable. Mashable has a video with more info, but I can’t figure out how to embed it so you’ll have to go there to watch it.

All I have to say is that this idea is so cool it almost makes me want to break my arm. Also: “Evill” is about the coolest last name possible.