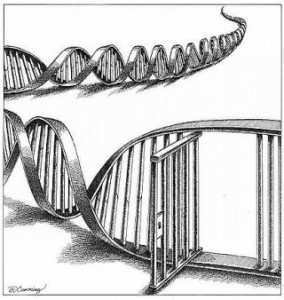 According to the Associated Press:

“A Kansas City man freed from prison three decades after being wrongfully convicted of rape considers Sharon Snyder his ‘angel’ for giving him a public document that showed him how to properly seek DNA tests. A Jackson County Circuit judge considers the 34-year court employee an insubordinate for offering legal advice and being too chatty about courthouse matters.”

The timeline of events is as follows:

Byrn, Nelson’s attorney, and other court officials declined to comment on the story. Snyder, however, explained, “I lent an ear to his sister, and maybe I did wrong, but if it was my brother, I would go to every resource I could possibly find.”

On the one hand, if court employees broke the rules every time they heard an emotionally compelling story, our system would not run smoothly at all. On the other hand, it seems like a failure of the system that an innocent prisoner did not otherwise have the resources (that is, did not have the knowledge or assistance) to make his case. What do you think? Should Snyder have done what she did?