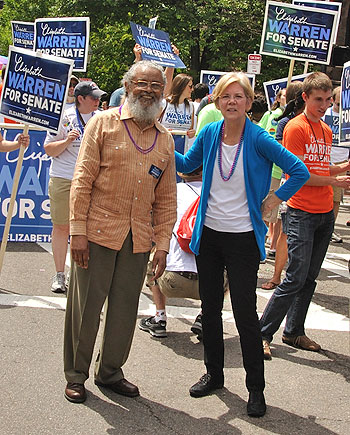 It’s fun to pass along every sensational tidbit that validates your world view, but it radicalizes debate, shuts down real communication, and erodes the credibility of whatever side you are attempting to support. In fact, the biggest difference between a partisan ideologue and someone with sincere principles may be the ability to scrutinize arguments that come from your own “side”.

That’s the spirit with which I decided to dig deeper into a series of Facebook posts I glimpsed today with headlines like “The First US State to Legalize Same Sex Marriage Now to legalize bestiality, adultery, repeal public morality, and stop teaching children about values and virtues.” Now, let’s be honest, if you have a rule “Never trust a headlines that verbose” you’re actually probably getting off to a great start. Following that up with a rule like “Never trust news sources with over-enthusiastic titles” (this story comes from “Wakeup Call News”) you’re going to end up filtering a lot of this stuff out without having to bother to scrutinize it. Practically speaking: that’s not a bad idea.

But I wanted to dig a little deeper and find out what is going on with a claim like this one. Here’s what I found.

The basis for the claim rests on a pair of bills in Massachusetts: H.1592 and H.1673.  Both bills, which are very short, include the specific language: “Section 34 of chapter 272 of the General Laws is hereby repealed.”

So the next step, obviously, is to find out what Section 34 of chapter 272 of the General Laws has to say. To their credit, Wakeup Call News includes a link to the exact text which, once again, is quite short:

Section 34. Whoever commits the abominable and detestable crime against nature, either with mankind or with a beast, shall be punished by imprisonment in the state prison for not more than twenty years.

I’m not a historian or a legal scholar, but I think it’s reasonable to assume that “the abominable and detestable crime against nature” is sodomy. What it is obviously not, however, is bestiality per se because the statute specifies that applies to an action “either with mankind or with beast”.

To understand what’s going on here, you have to actually review the relevant history. Again: I’m not expert but here’s what I found with about 15 minutes of Google. First, laws against sodomy (for consenting adults, in private) were struck down by the Supreme Court in Lawrence v. Texas in 2003. Massachusetts actually got there much earlier, however, invalidating section 35 (similar to section 34) way back in 1974. That ruling, like the SCOTUS ruling 3 decades later, simply said that the law would not be enforced against anyone acting consensually and privately.

This wasn’t enough for the gay rights community, however, and in 2002 GLAD sued. The Massachusetts courts dismissed the lawsuit on what are essentially technical grounds: since no one had been prosecuted there was no actual wrong to be righted. In that 2002 ruling, they also took the additional step of stating that the 1974 ruling that applied to section 35 also applied to section 34: it didn’t cover consensual, private sexual activity between adults.

So here are the essential facts:

1. Section 34 is not a general anti-bestiality statute. It’s a statute that bans sodomy between consenting adults acting in the privacy of their own home and bestiality.

2. Section 34 has been invalidated at least since 2002 when it applies to consensual, private, adult behavior,but the gay rights community (understandably) doesn’t like having it on the books at all. For example, the infamous Mormon Extermination Order wasn’t taken off the books until 1976. No one thought it was legal to kill a Mormon in 20th century Missouri, but it was still an important gesture to formally rescind the law.

It seems obvious that the intent of H.1592 and H.1673 is similar: to wipe away anti-sodomy laws for symbolic purposes or simply to clean up the code so that it is actually constitutional. How obvious is this? Well, just look at the titles of the bills:

H.1673: An Act to repeal certain statutes that are unconstitutional

Could H.1592 and H.1673 be worded a bit more carefully so that they don’t inadvertantly decriminalize bestiality?  Yes. Is there actually some connection at all between the logical underpinnings of gay rights arguments and bestiality? Perhaps so.

But sensationalist reporting is just as abhorrent today as it ever was. This kind of misleading invective is poison to the American body politic. It turns people against each other in needless mutual antagonism, and, if that isn’t enough, it is simply dishonest. As a social conservative, I do not believe in legalizing gay marriage (although my views on that are more nuanced than just “no”) but I also don’t believe in lying about the gay rights movement to try and gin up extra energy  because it’s wrong. It’s also stupid. The conversation about gay rights in our country would be better if conservatives had more forcefully and clearly expelled bigots and their rhetoric and arguments from the conversation much, much earlier in the discussion.