I don’t disagree with a single word, but I do disagree with how Adam Mordecai at Upworthy decided to introduce it: If You Have To Tell Your Kids This Stuff, Then You Probably Aren’t A White Person. According to that presentation, the way we relate to cops is something that divides us. Black boys have to fear cops while white boys have nothing to fear. Dave Chapelle, who is hilarious, made the same point:

So there’s one view of reality, a view in which white people have absolutely nothing to fear from cops, and black boys are completely alone in their fear of police brutality. Here’s my view of reality.

A young white kid named John McKenna gets brutally beaten by police officers for doing absolutely nothing at all. 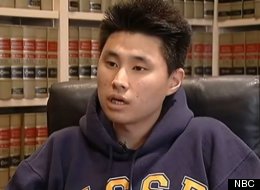 A young Asian kid named Daniel Chong gets thrown in a detention cell by the DEA and forgotten about for 5 days. In order to survive, he is forced to drink his own urine. 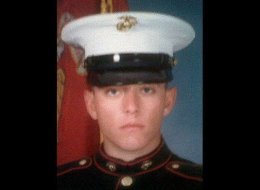 A young Hispanic veteran named Jose Guerena who survived two tours in Iraq is brutally gunned down by an Arizona SWAT team in his own home because he was trying to protect his wife and 4-year old son from what he thought was a home invasion. The officer fired over 70 rounds striking the veteran more than 20 times. They lied and said that he shot first, but further investigation revealed that Guerena never took the safety off of his own firearm. Guerena had no criminal record and officers found nothing illegal in his home.

I’m not saying that there’s no difference in how black, white, Asian, and Hispanic men relate to law enforcement because I don’t believe that’s true. Stop-and-frisk laws are not used to target young white men, for example. There’s no equivalence.

But I am saying that the problem of police brutality and the general fear of authority is something that young black men face more acutely, but that white, Hispanic, and Asian men also feel. I don’t know about this Chip character in Chapelle’s skit, but I was absolutely taught by my own parents to treat police officers with respect and courtesy. Not because they necessarily deserve it, but because they have the power to make your life Hell at a whim.

I know there are a lot of good and honorable police officers who risk their lives to protect us, but there are also plenty of cops who go home and beat their wives. They are not saints or angels. They are human beings who have been given authority over the rest of us, and they face the temptation to corruption just as much as any politician, boss, or bureaucrat does. They are prone to flaunt and abuse their power just like any other person who has power, and if you don’t want to end up on the wrong end of the law you shut up and you say “Yes, sir” and “No, sir” and never, under any circumstances, argue with them or give them cause to mess up your life. Because they will, whether or not the law is actually on their side. (Michael Righi’s case is just one example.)

This is a distinctly liberal (in the sense of classical liberal) approach to law and authority. Government is intrinsically immoral because it is coercive, but it is also necessary. We need law enforcement agents and agencies like we a cancer patient needs chemotherapy: only because the alternative is even worse. That’s why you’ll find that it’s the Wall Street Journal that’s prone to carry articles about the dangers of police militarization while Upworthy carries beat poetry about the dangers of police brutality.

That’s why I don’t like the politicization of race. The reality is that if conservatives and liberals sat down and talked to each other about civil liberties we might actually make some real headway. I, for one, don’t want to live in a country where my neighborhood police department is armed and equipped like a combat infantry brigade.

But even setting that particular issue aside, I just don’t like the way presenting police brutality as a black-only problem isolates us instead of unifying us. Once again: I’m not pretending that as a nicely dressed white dude I have the same risk from law enforcement that I would if I was black. I’m not saying that it’s the same. I’m just saying that when I hear the fear and emotional conflict when a black men describes relating to the cops I have some basis for empathizing.

It’s not just about cops, either. President Obama described experiences where people would lock their doors when he walked by because he’s a black man. People do not routinely lock their doors when I walk by, but I absolutely do have to be conscious and careful of how I act around women and children because as a man (even a white man) people are afraid of me as well. The fears might be more narrowly focused, but they are real.

For example, I used to take my kids to the playground at our apartment complex, and I made a point to always sit on the bench right by the stroller and to regularly call out to my kids so that the moms there all knew that I was a dad and not just some random dude sitting on the bench watching their kids play. If I don’t follow this protocol (if I wander to a different bench and just watch my kids quietly for a while and if the moms who are there aren’t the ones that I have gotten to know already) then it doesn’t take long for them to start glancing at me covertly with concerned expressions.

Again: this isn’t equivalent to what young black men go through, but it’s enough common ground to start building bridges. We may have different races, but we still have some common experiences in being men. And so there’s a simple choice: make this a problem that is exclusive and used as a wedge to drive apart, or see it as a problem that is universal (albeit unequal) and find common ground.

I know which approach I think will do the most good.

5 thoughts on “Building Bridges Across A Race Division”