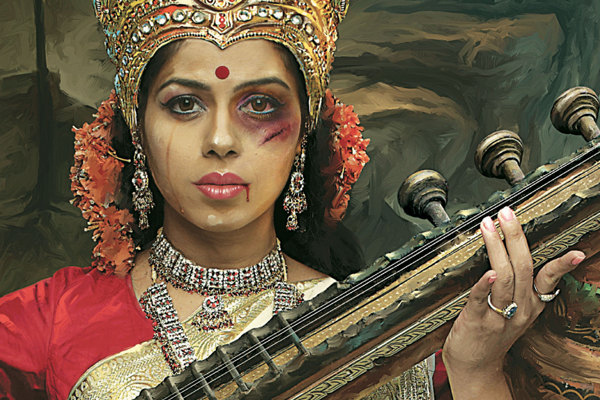 The campaign simply and effectively captures India’s most dangerous contradiction: that of revering women in religion and mythology, while the nation remains incredibly unsafe for its women citizens.

Haunting, but worth viewing. Also: another uncomfortable reminder of the extent to which feminism in the West has been co-opted as a battleground exclusively for the concerns of politically powerful upper-middle class married women.