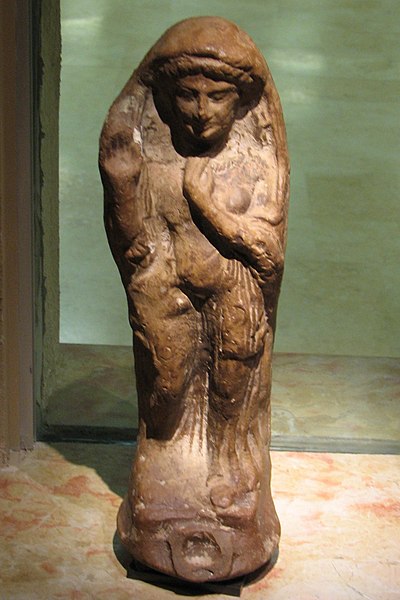 Yahoo News posted on an interesting archaeological discovery in Israel that continues to add evidence that monotheism in Judaism was a late development in its Biblical history, and that one of its most prominent deities was the “wife” or consort of Yahweh. This prominent Jewish goddess was named Ashera, who also had a place in the pantheons of older cultures as well, dating back to the ancient Sumerian and Ugaritic myths.

For those familiar with the work of Margaret Barker and other similar Biblical scholars, this is not breaking news. The worship of multiple (including female) deities, pre-dating the first temple period has been researched and written about for a long time. But the additional evidence, of course, does make it increasingly hard for those who want to claim the root of the monotheistic, Judeo-Christian thought  reaches back to the dawn of time instead of the revisionary, Deuteronomist scribes in King Josiah’s day, will have difficulty contorting around this kind of information. As a Mormon who takes Joseph Smith’s teachings about a “Heavenly Mother” and his King Follett sermon seriously, this already synthesizes with my religious worldview.