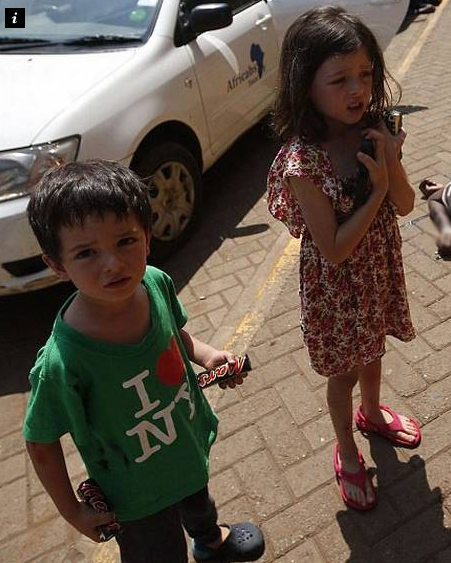 I have been following the horrific news from Kenya closely, but not too closely. Close enough to know what is happening, but so close that I’m overcome with the sadness and horror of what is going on. I think people should know about the story, however, because I’m not seeing very much coverage yet. The short version is that over a dozen armed terrorists stormed a mall in Kenya, executing non-Muslims (identified by who could answer questions such as “What is the name of the mother of Mohammad?”), and fighting stubbornly against Kenyan attempts to retake the mall. That combined with the relatively low death toll (tragically, 62 deaths so far is low relative to what it could have been) lead many analysts to believe that the primary goal of the attack is to drag it on as long as possible. Since the crisis is now in its fourth day and witnesses report ongoing gunfire and explosions, that aspect of the plan appears to be a success. Individual stories of survivors and victims are now trickling out, including a British ex-marine with a concealed handgun who helped 100 unarmed citizens escape and this heart-rending tale of a 4-year old boy standing up to the terrorist who shot his mother. From The Independent:

After apparently seeing his mother shot in the thigh, young Elliott Prior is said to have confronted the gunman shouting “you’re a bad man, let us leave”. Incredibly the gunman in understood to have taken took pity on Elliott and his six-year-old sister Amelie, giving the pair a Mars bar each and allowing them and their mother to leave the chaotic shopping mall in the middle of the terror attack.

The boy’s mother is a hero, too. She took two more children (besides her own) as she escaped. This contrasts with stories of adults who climbed over frightened children “like animals” to escape the gunfire in the initial attack on a children’s cooking contest held in the mall. The tragedy is still unfolding, and I’ll be praying for the survivors and families of the victims.