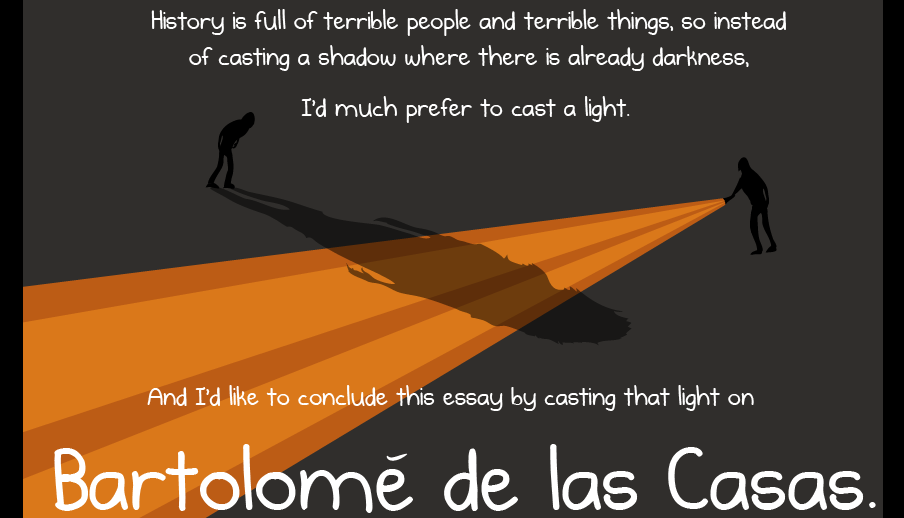 When I was in high school, some well-meaning liberal fellow students went around tearing down flyers for Columbus Day as a protest. (Why were there flyers in the first place? I can’t remember.) I viewed this effort with disdain. One of the more prominent of the students had tried to seriously argue that heroin (the drug) was sexist because it was hijacking the word heroine (a female hero). It was awkward to watch our English teacher explain that the words aren’t even spelled the same.

That pretty much set my overall approach to complaints about atrocities from the colonial era. It’s not that I disagree that they exist. Far from it. My annoyance is that the complaints come from a place of lazy complacence. In the first place, none of the people I’ve heard maligning Columbus and other explorers for exploiting the Americas has seriously suggested giving the land back or in any way inconveniencing themselves to make amends whatsoever. In the second place, the complainers demonstrate such a total lack of moral sophistication that I cannot believe their concern is in any sense earnest. For example, they can’t seem to tell the difference between unintended tragedy (most of the fatalities from the introduction of new diseases) and intentional evil (like the Trail of Tears). The numbers are bigger for disease deaths, so that gets a lot of play, when in reality that’s a pretty poor example of human evil. In other words: attacking Columbus (or other colonialists and explorers) comes across as nothing but cheap self-righteousness of people best described as “harmlessly impotent” rather than “ethical”. So, when I saw The Oatmeal was tackling Columbus Day, my suspicions were high.

The comic starts out predictably enough (the same frustrating conflation of genuine atrocity and inevitable epidemiology), but towards the end takes an incredibly surprising turn that completely won me over. As Matthew Inman writes, “History is full of terrible people and terrible things, so instead of casting a shadow where there is already darkness, I’d much prefer to cast a light.”

And then he does. And it’s incredible. Read the whole thing to find out more about that light.

2 thoughts on “The Oatmeal Takes On Columbus Day (and Wins)”