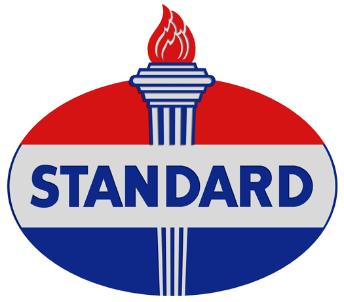 Not being an economist (see: Nathaniel) or anything like it, and despite my personal interest, I consider myself to be pretty ignorant of the inner workings of economies, and I fairly regularly rock back and forth between stances on economics–policy, theory, etc. I am often made, by people far more knowledgeable than myself, to see the wisdom in government tinkering in the national economy, how without the government keeping tabs on business and unions fighting the good fight, we’d still be working 16 hour days for 65 cents an hour and no holidays. The problem I’ve started to uncover, however, is how the specter of commercial abuse of labor and consumer has become, as a matter of course, a blanket justification for any kind of legislative intervention, even the kind that evidences no discernible benefit whatsoever to the public. Today it seems to be a forgone conclusion that permitting government to redress bad business behavior is the same reason we should also permit government to take preventive measures, which, it seems, is an abstract solution to a problem not fully defined.

You start to see the cracks in the rationale when you allow yourself to question the seemingly-unavoidable consequences of a free-market economy that every kid learns in US History when he’s twelve years old. Many of us are told in no uncertain terms that without a government in place to regulate business and industry, natural monopolies will arise to stamp competition out of existence and force everybody to pay exorbitant prices to access services, be they basic or luxury. This seems reasonable, especially in industries with high fixed costs and high barriers of entry. Without government helping keep the big dogs from getting too powerful and helping the little guys gain a foothold, established entities can easily shut out competition, the very opposite of the goal of a free-market economy. Yes?

Well, not so fast. It appears that there may be good evidence to support the idea that without the contaminating influence of government, the inevitability of destructive natural monopolies is little more than a myth, a fiction perpetuated by the indeed-inevitable collusion of business and government as a means of entrenching influence and power in the rule of law. As it turns out, the meddling, well-intentioned or not, of public power brokers may be the catalyst for the very ill such outcome they purport to protect us from. This idea is accessibly explained in Thomas DiLorenzo’s illuminating essay The Myth of the Natural Monopoly (http://mises.org/daily/5266) published in 1996. If we put aside DiLorenzo’s cadre of questionable positions on Lincoln, the Civil War, and the Great Depression, and focus purely on the facts as presented in the essay, we find a strong case for what we could call a certain brand of libertarian economic thought with an emphasis on economic non-interventionism with respect to “monopolistic behavior” as the default position, outside of, at least, banking (per Hayek). We are prompted to ask the question of what evidence we have of natural monopolies arising without government intervention in modern economies. The answer? Less than you might think. Even the textbook historical cases of natural monopolies, e.g., AT&T, that we learn about in school are perhaps not as simple as they were taught to us:

Despite AT&T’s rapid rise to market dominance, independent competitors began springing up shortly after the original patents expired in 1893 and 1894. These competitors grew by servicing areas not served by the Bell System, but then quickly began invading AT&T’s turf, especially areas where Bell service was poor. According to industry historian Gerald W. Brock, by the end of 1894 over 80 new independent competitors had already grabbed 5 percent of total market share. The number of independent firms continued to rise dramatically such that just after the turn of the century, over 3,000 competitors existed. Illinois, Indiana, Iowa, Missouri, and Ohio each had over 200 telephone companies competing within their borders. By 1907, non-Bell firms continued to develop and were operating 51 percent of the telephone businesses in local markets. Prices were driven down as many urban subscribers were able to choose among competing providers. AT&T’s profits and prices during this period began to shrink due to increased competition. Whereas AT&T had earned an average return on investment of 46 percent in the late 1800s, by 1906 their return had dropped to 8 percent. As Brock noted, this competitive period brought gains unimaginable just a few years earlier. Industry historians Leonard S. Flyman, Richard C. Toole, and Rosemary M. Avellis summarize the overall effect of this period by saying, “It seems competition helped to expand the market, bring down costs, and lower prices to consumers.”

Thierer goes on to explain that it was through the legerdemain of AT&T president Theodore Newton Vail in eliminating competitors by weaponizing policymakers in his favor that AT&T managed to concentrate its power. During this period of intense competition, AT&T began buying up some of its competitors, which swiftly brought the government’s antitrust guns to bear. Under this pressure, AT&T agreed to a program engineered to both mollify the federal government and undermine competition with the installment of a clever system of non-compete agreements with other telephone operators in agreed-upon geographical areas, creating unnatural local monopolies, as well as convincing the government that allowing independent operators to use AT&T’s system would be in the best interests of the market’s health, but instead simply incentivized those operators to abstain from establishing their own systems and ensuring AT&T’s primacy in the provision of technological infrastructure. In time, Vail opportunistically latched onto growing legislative sentiment against duplication of service by competition and embraced government regulation over a “public good” as a condition for firmly establishing a monopoly over telephony. Almost immediately afterwards, AT&T began using its newfound influence in federal governance to convince state governments to hike rates across the board. Vail had gone into the lair of the beast and emerged victorious, his enemy subdued and bound by the golden leash of money and influence.

Lest we think AT&T is an isolated example, if we closely examine other modern examples of so-called “natural” monopolies, we find a similarly muddled picture:

Standard Oil — Standard Oil is the very best example I can find of a natural monopoly. Unfortunately for critics, Standard Oil lowered prices and streamlined the oil product production pipeline and the trust was broken up not out of any evidence that they were harming the consumer or unfairly forcing competitors out of business, but simply out of fear of their power. Standard Oil provided a better product, at a better price, and was rewarded with dissolution by mama government. We shouldn’t neglect to mention that competition in the industry, despite paranoia that no one could compete with the Standard Oil colossus, had reduced Standard Oil’s market share from 88% in the 1890s to 70% when the antitrust suit was filed in 1906 and then 64% by the time the company was broken up in 1911. It’s not unreasonable to believe that the “dangerous” Standard Oil trust was well on its way back to earth without any help from lawmakers screeching on behalf of jealous competitors.

De Beers — De Beers is the next best example I can find of a natural monopoly, but to call it such is a stretch at best. De Beers was able to operate a successful monopoly in a non-essential, worldwide industry for about a century. One of the ways in which this monopoly got its start was by using government policies in South Africa to their advantage (http://mises.org/econsense/ch91.asp). Most interesting to note is how De Beers’ stranglehold on the world market is finally being broken not by government intervention, but instead by their competitors (http://www.economist.com/node/2921462).

Microsoft — Despite what Judge Thomas Jackson thinks, branding Microsoft a monopoly, natural or otherwise, at any point in its history is a dubious proposition. By the very definition of the word, Microsoft would have had to find a way to raise the barriers of entry to the software industry to qualify as a true monopoly by preventing new entrants into the market and ensuring they had no effective competitors. They did no such thing. They were, at best, a non-coercive monopoly. Microsoft’s efforts to dominate the operating system market were one of major reasons prices for personal computers dropped so precipitously in the 1980s and 1990s. The price of Microsoft’s own products never even kept pace with inflation over that time, going lower and lower as the PC industry grew ever larger. This is not to mention the fact that, indeed, for the average user Microsoft actually provided a better product than the rest of the industry. Unix and Linux were, simply put, not for the average user. Mac OS purposely cornered themselves into their own restricted ecosystem. Other offerings in the operating system environment and elsewhere were, in some respects, better than what Microsoft offered and it is true that Microsoft engaged in anti-competitive practices, leveraging their market dominance fairly gained by selling a product the market wanted, to squeeze out competitors (think Office vs. Wordperfect and Internet Explorer vs. Netscape), but a company needn’t be a monopoly to engage in anti-competitive business practices.

Comcast — Comcast, and Verizon, CenturyLink and Time Warner and others have, for years now, benefited greatly from laws that prevent local municipalities from governing their own infrastructure and, as a result of intense lobbying, give telecoms exclusive rights to provide phone, cable and/or internet service to their areas (http://www.theatlanticcities.com/technology/2011/11/telecom-lobby-killing-municipal-broadband/420).

I find the example of AT&T is especially enlightening as it shows the inherent difficulty the government has in properly regulating industry while simultaneously supporting the principles of free-market competition, how in putting pressure on AT&T to stop its allegedly monopolistic behavior, the government succeeded in not only helping AT&T to reach its expressed “one system” goal, but in encoding into law the means by which AT&T achieved its aims, and ensuring that the only force powerful enough to destroy the titan government had created was government itself, a palimpsest we find today in the alarming notion of “too big to fail.” It’s a sobering lesson, one which we have obstinately refused to use in applying the fuel of elected officials to the flame of industry, forcing us to now look down the barrel of economic insolvency, particularly today as we prepare to permit our government to make unprecedentedly deep inroads into the massive health care industry, the consequences of which will surely signal us concerning the financial future of our nation.

As for the larger problem of corporatism, there’s plenty of blame to go around, and politicians are happy to play that game as it keeps us from asking the questions that threaten the institutions that give them strength. But we should know better. The questions we should be asking are: what, if anything, can be done about it and what does the future hold if we do nothing?

1 thought on “The Natural Monopoly”