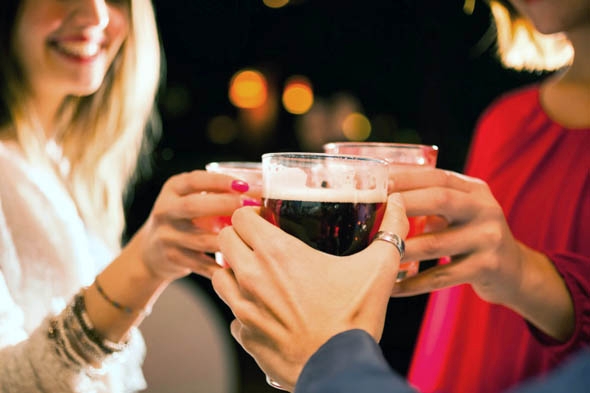 The attacks on so-called “rape apologists” have reached levels of recklessness and insanity that call for a direct and forceful repudiation. I am sick and disgusted of “feminists” who attack those offering sound, reasonable, and moderate advice to help keep women safe.

Let me give you a very, very clear example of this.

Emily Yoffe, who writes the Dear Prudence column for Slate, wrote a short column with a simple message: College Women: Stop Getting Drunk. Her message is very clear and absolutely incontestable: when women get drunk they place themselves in danger. She also took great pains not to place blame on women, however, writing:

Let’s be totally clear: Perpetrators are the ones responsible for committing their crimes, and they should be brought to justice. But we are failing to let women know that when they render themselves defenseless, terrible things can be done to them.

I can’t think of a more sane, reasonable approach to this problem. And if the topic were anything other than rape this advice would be considered not only reasonable, but sort of obvious. No one thinks that when you tell college kids that they should lock up their bikes that are you some kind of bike-thief apologist. If I tell my son or daughter to lock their car doors when they park on the street, I don’t think I would be accused of perpetuating “burglary culture”. When gyms post signs advising clients to lock the lockers where they leave their stuff, we don’t get some bizarre outcry about teaching children not to steal instead of teaching them to protect their belongings. In no other area of human life do I see any difficulty at all holding these two concepts in our brains at the one time:

1. People who do bad things are bad. And they shouldn’t do them.

2. In addition to urging people not to do bad things and punishing those who do, it’s a good idea to take simple, practical steps to make yourself less likely to become a victim. (Please note: “in addition” isn’t the same thing as “instead of”.)

I can’t believe we actually have to argue about this, but apparently we do. Despite painstaking efforts to clearly not blame rape victims, The Inquisitr ran a piece the very next day slamming Yoffe with the utterly outrageous headline: Slate’s Prudie, Emily Yoffe, Thinks Drunk Girls Cause Rape In Infuriating Piece. The author declares that “Yoffe managed to fritter away any advice columnist credibility she ever had in a stunningly immoral, rape apologist piece that lays the blame for acquaintance rape squarely on the shoulders of… rape victims, for drinking alcohol.” Except, as I’ve already quoted, Yoffe says exactly the opposite thing.

This is just one of many brazen falsehoods in the twisted attempted take-down of Yoffer. Here’s another one: “Like all rape victim blaming, the article ignores the larger uniting factor by which all rapes are unequivocally linked: raping rapists who rape.” Other than being a useless tautology, this statement leads me to wonder what part of “Let’s be totally clear: Perpetrators are the ones responsible for committing their crimes, and they should be brought to justice.” (from Yoffe’s piece) amounts to ignoring rapists? Other than flat contradictions, the only logic to bolster the claim that Yoffe is out there covering for rapists is this comment, cited approvingly in the anti-Yoffe piece:

Here’s the real objection I have to Yoffe: she belongs to the surrender caucus. Not only implicit, but really explicit in her analysis is that we can’t or won’t do anything to hold the perpetrators accountable… instead of looking for ways to treat the disease — the repeat rapists, and the social constructs that allow them to get away with it, rape culture and more particularly, the Social License to Operate — she argues at length for treating the symptom. She gives up on catching and punishing them, in favor of telling women that they can’t do something men take for granted the right to do.

Most of this is flat-out false, and we’ve sort of covered that already. Yoffe does not explicitly or implicitly call for doing nothing to hold the perpetrators accountable. She explicitly calls for the opposite. But I want to dig deeper into two fundamental problems that fester like some ideological cancer in this particular branch of feminism.

I do not deny that such a thing as “rape culture” exists. It does exist, it’s loathsome, and it needs to be opposed. I’ve written about it before, and I will continue to do so. But rape culture does not create rape out of thin air. Rape culture emboldens and protects rapists and it therefore leads to more rape, but the idea that if we got rid of rape culture that rapes would go away is absurd. In the real world where real people live and face real problems, things like murder, rape, theft, child abuse, and so on do not go away. Bad people exist. They will always exist. Any strategy to oppose these social ills that refuses to accept this reality is irresponsible and irrational. The absolutist mentality that claims any steps to defend against rapists amount to condoning rapists is dangerously insane.

2. Refusal to Care About Real People

What the argument I quoted above calls “treating the symptom” is in fact known as caring about real-life human beings. Not “symptoms” but “women”. This attitude reminds me very much of a quote from Andrew Roberts’ review of a recent biography of Gandhi:

Gandhi was therefore the archetypal 20th-century progressive ­intellectual, professing his love for ­mankind as a concept while actually ­despising people as individuals.

It’s easy to be all emotionally invested in abstract causes because abstract causes have no complications. You can go out and “fight the patriarchy” and “fight rape culture”, but if your motivations for fighting and ultimate determination of your progress aren’t tied to the actual, lived experiences of individual human beings, then you’re living a lie. You’re invested in feeling good about yourself by pretending to care about those around you rather than actually caring about those around you.

This may seem harsh, but I believe it is time to be harsh. Shouting down a reasonable, careful, and considered piece like Yoffe’s is not just some farcical exercise in humorously poor reading comprehension. It is a callous social affectation which only the privileged can afford, and which they afford at the expense of others.

Yoffe’s piece does not enable rapists. Do you know what does enable rapists? Women getting really drunk. That’s the kind of thing that–in actual reality and not some fuzzy abstract ideological model–can lead to rape. It is tragic that we live in a world where we have to be on our guard from predators–and it is absolutely unfair that women suffer far more than men in that regard–but you must either accept that reality as the starting point (not necessarily forever) or you lose any license to be taken seriously. Once you accept that starting point, you must subsequently admit that Yoffe’s counsel is sound, practical, and beneficial. She is not aiding and abetting rapists. Anyone who stifles her message, however is.

It’s time to call this what it is. Those attacking Yoffe’s message, or similar messages, are enabling predators.