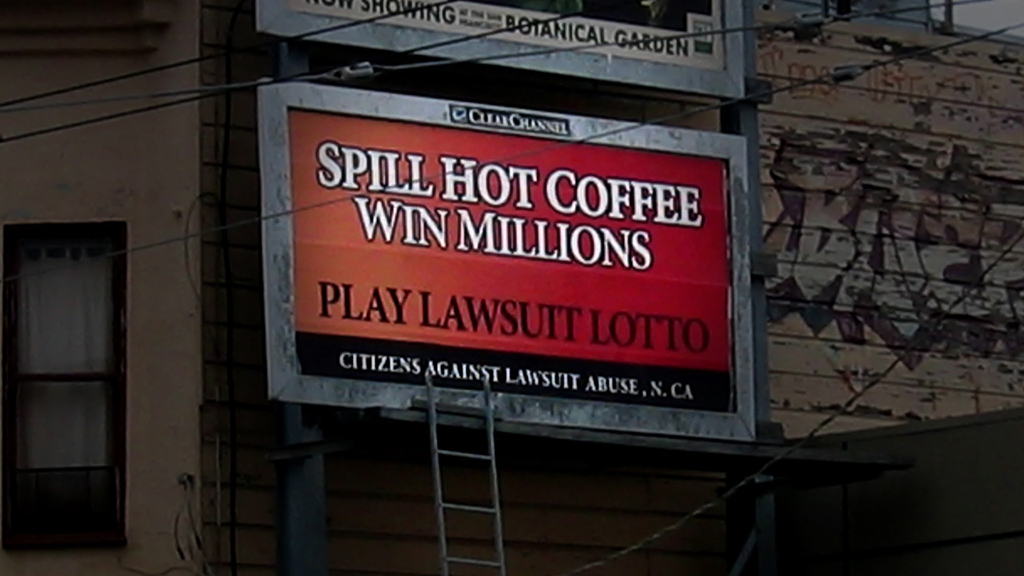 The New York Times has a Retro Report on the story of the woman who spilled McDonald’s hot coffee on herself, sued, and won $2.9m. The focus of the report is that we all have the story wrong, and that it’s not as ridiculous as it sounds.

As someone who was somewhat paying attention at the time (I was 13 in 1994), there are some facts that I missed. The most important was that she wasn’t driving at the time. She was sitting in the passenger seat of the parked car. It’s also worth noting that the judge slashed the total award from nearly three million dollars to just over half a million dollars.

But I’m not really sure that the reality is that far removed from the urban legend. I mean, McDonald’s argument was that there was one burn victim for every 24,000,000 cups of coffee served, and also that the reason they served the coffee at 180-190 degrees was in response to customer demand for the best flavor. Now they serve it at 170 – 180 degrees.

Still, it’s interesting and a little sad to see the way the story was cut in length again and again until conventional wisdom reflected a version of the story that embraced misperceptions (that she was driving) and left out important truths (the burns were really pretty horrific).

What else are we getting wrong?