Intellectual historian Eran Shalev has an interesting 2010 Church History article entitled “‘Written in the Style of Antiquity’: Pseudo-Biblicism and the Early American Republic, 1770-1830.”1 In it, he reviews the roots of the pseudo-biblical writing style in early American letters, tracts, and books, particularly the role of the language found in the King James Version. Authors would mimick the KJV language “and its accompanying structures and forms to discuss their difficulties and represent their achievements, past and present…American authors and commentators used this ontologically privileged language as a means to establish their claims for truth, as well as their authority and legitimacy in public discourse” (pg. 801). This biblical style was particularly useful in political debates:

Through pseudo-biblicism the Bible became a living text, an ongoing scriptural venture which complemented and foritified notions of national chosenness and mission. This transformation occurred within a poisoned political culture which created “two parallel imagined communities,” namely the two political parties—the Federalists and the Republicans—that denied each other’s legitimacy. This disposition…created a political culture governed by a grammar of combat, which entailed a “politics of anxious extremes.” It fostered the intense employment and further construction of biblical politics, each side depicting the other as wrong-doing “Adamites” or “Jeffersonites.” …The pseudo-biblical language thus wove the Bible into American life and sanctified the young nation. American politics were transformed, in texts largely devoid of references to God, into the new religion of the republic (pg. 812).

The “use of distinctive Elizabethan English for political ends” was rampant because it “manipulated readers into conjuring up biblical visions only to contrast them with their American past and present” (pg. 817). For example, early Jeffersonian Republicans and remnants of the Anti-Federalists “accused the members of the constitutional convention and “[John] Adams their Servant” for conspiring with “the Britannites” to the effect that “all the country round about, even from Dan unto Beersheba, should be subject unto one king, and unto one council.”” Republicans often depicted themselves as “Israel,” while declaring Federalists to be anything from Pharisees to Amalekites. On the flipside, Federalists attacked Republicans for not being “a goodly people—fearing the lord and submitting to the Rulers placed over them” (pgs. 816-817).

This style of writing began to decline in the mid-1800s, but it seems to me that the fusion of religious meaning with political debate is alive and well in 21st-century America. Perhaps it is because “American politics were transformed…into the new religion of the republic” that we see partisan hacks (even the atheistic ones) ranting and raving like religious fanatics. 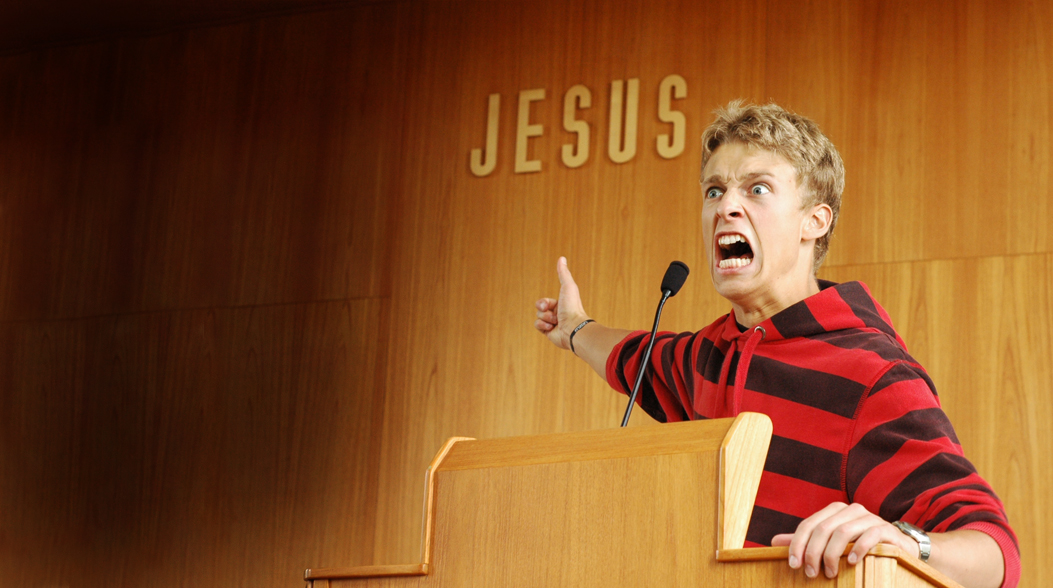